One day, Molly's husband took a copy of one of her published stories to work and showed it to his boss. His boss’s eyes widened and he exclaimed, “I’ve read several of Molly Diamond's stories!”

This convinced her to resurrect the Molly Diamond nom de plume.

Q: What prompted you to pick the name Molly Diamond?

A: Everyone seems to like unique how-I-chose-my-pen-name stories, but mine's pretty simple. When I first started out writing erotica, I needed a pen name and ripped one off the top of my head. LOL!

A: I grew up with a very strict Christian background, including the fact that my dad was a minister for several years. When I began writing erotica, it was for two reasons that were born out of necessity. One, I have four children, so money was tight and writing for print magazines was really good money that helped pay the bills, and two, it was an easy way to build a professional publication resume for my career. As for my dad, he was and is well aware of these issues and said that if it kept food on my table and shoes on my kids' feet, then I was providing for them and that was okay with him.

Q: What dream car would you like to own?

A: Either A GMC Arcadia Denali or a Kia Sportage (a red one) loaded to the hilt !

Q: Do you have a favorite alcoholic beverage?

A: I love a stout Jack and Coke, but I also adore an Irish Coffee from time to time. The thing with the Irish Coffee, however, is that it needs to be made with good Irish whiskey, the whipped cream, and the green drizzle over it. I hate it when a bar just plops a shot of cheap whiskey into a regular cup of coffee. Blech!

Q: Is there a color in the rainbow you love the most, and why?

A: The color would have to be red, and the reason for this is because red is a strong, vibrant color that represents many things, such as sexuality, power, magic, strength, vitality...

Q: Have you ever attended Star Trek conventions or dressed as Lt. Troi?

Q: Would you say you have a good sense of humor?

A: Definitely. Although if you're not into warped and sometimes dark humor, then we might just stare across the table at one another thinking, "WTF?"

Q: What is your favorite part about writing?

A: I like just being myself and writing what speaks to my muse. I know all the grammar, punctuation, plot, character development, etc., so since I know all of that, don't tell me what's "selling" because despite what bean counters say is correct, readers will buy what they want to buy. Sure, I'll write some of what the bean counters say is "hot," but overall, I just want to write what I enjoy. And you know what? Over 90% of the time those are the books that readers flip over. 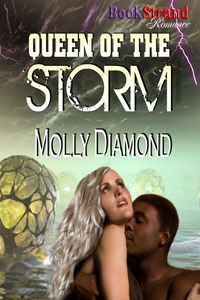