In this unintended sequel to MORPHEUS POSSESSED, W. E. Gutman warns that being dependent on—or forced to submit to—someone else's dreams (dogmas, decrees, laws) is a form of slavery, whereas freedom (which is inseparable from justice) means having no master—earthly or heavenly. In MORPHEUS UNCHAINED, where he takes aim at moneyed elites, corporate interests, religious intolerance, rising fascism, and the apathy of the masses, the author further argues that freedom-loving people must aspire to a realm in which their dreams triumph so that they may at last embark on the grandest dream of all, the one from which they need never awaken: Freedom from the tyranny of inflexible beliefs. The evils that need to be flagged and the obstacles that must be overcome to ensure safe passage are the focus of this intriguing postscript.

About the Author:
Born in Paris, educated in Europe and the Middle East, W. E. Gutman is a retired journalist, a former writer and editor at the late-great New York City-based futurist monthly magazine, OMNI and the co-founder of a now defunct military intelligence journal. He reported from Central America from 1994 to 2006, focusing on politics and human rights. He has contributed hundreds of articles, news analyses and editorials to various mainstream and special interest publications. He is the author of ten books, this being his eleventh. He lives with his wife in southern California's "high desert." 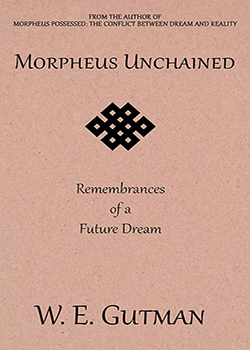