Magazine columnist Chantelle Sah doesn’t celebrate Valentine’s Day—not since her fiancé’s betrayal three years ago. After botching her first assignment as a feature writer, she’s more than willing to put in a hard day’s work this Valentine’s Day; even if it means going on a date with gorgeous construction Tycoon, Lord McKenzie, and opening herself to an onslaught of all things love.

When Lord—his given name, not a title—sets his sights on Chantelle, it isn’t just work he has on his mind. But even he couldn’t have predicted the magnetic attraction between them when they meet, nor the evening ending with more than an interview. Now he has to convince Chantelle that their one-night stand wasn’t a mistake. Can he win her love without revealing a secret from their night of passion, which could prove fatal for both their hearts? 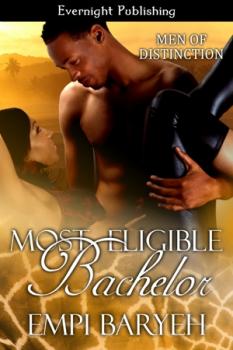 Looking around, she couldn’t help noticing the striking lack of flashlights.

“Oh.” She shook her head. “I’m wondering where the cameras are.”

“I had you pegged for the camera shy type, but I suppose looks can be deceiving.”

Undisguised mockery laced his words, and stupidly, her cheeks flared with warmth. “I’m just surprised you came out without your usual entourage.”

His satisfied look hardened. “Attendance was by invitation only; the media wasn’t invited. Those who showed up were sent away, though I’d bet some brave ones are still lurking outside, waiting for their next victim.”

His voice was humorless, giving a harsh edge to the word “victim.” Was it possible he didn’t relish the attention? Or could this be a reverse-psychology ploy to make his party the most prestigious event of the night? No doubt, there was some public relations exec providing the scoop to selected media. Because there was no way Lord McKenzie would throw a party and not have it hit the newsstands.

Before she could comment, he said, “Want to dance?”

“Will it get me my interview faster?”

“Do I scare you that much?” He gave her a one-sided smile, the hot, teasing kind.

She released a snort of laughter. “You don’t scare me.”

Unless he meant the uncharacteristic lilt in her heartbeat each time he laughed or the warmth that coursed through her veins when he smiled; both of which indicated her defenses were useless against him. Nothing terrified her more.

“If you aren’t scared, why are you so eager to run?”

She bit back a retort. No sense in handing the interview over to Celeb on a silver platter, which was exactly what would happen if she gave Lord a reason to back out. He didn’t grant too many interviews to start with. Already, he’d allegedly sent the media packing. You’d think with those looks, he’d be happy to pose for the cameras any day. Although, considering the way the media reported on him, he didn’t need to grant interviews in order to get publicity. As the sinfully handsome, openly single CEO of McKenzie Contractors, the largest locally-owned construction company in the country, both his personal and professional life made news.

He seemed amused by her lack of a response as he took her hand and led her back to the dance floor. The music had turned slow.

She hesitated. Slow music meant being in his arms, their bodies touching. She shouldn’t do this. Yet for some ridiculous reason, she wanted – needed, even – the closeness, to feel like a woman again. Just for a moment. Even if she was certifiably insane for wanting all this in the arms of Lord McKenzie.

He pulled her gently, bringing her body flush against his. A tremor rushed through her. His warm breath on her face sent tiny tingles running over her skin. Heat radiated to her from each part of his body touching hers, his powerful thighs, lean hips and firm abdomen, his hand, pressed firmly on the small of her back.

When was the last time she’d been this close to a man? Her breath quickened as raw need surged through her. Far too long. Not since Martin.

Tears stung her eyes as the familiar loneliness accompanying Valentine’s Day closed in. Old love songs always got to her. She turned away from his watchful gaze, focusing on other couples huddled close together on the dance floor. Yearning pierced her heart. She gave herself a mental shake. She couldn’t entertain such thoughts. Once she did, there would be no salvation.

As if sensing her distress, Lord pulled her closer, his hold tightening around her. Every thought flittered out of her mind as soon as their gazes locked, and she began to drown in the deep pools of his dark eyes.

Was it stupid that she liked the way her name sounded on his tongue? She opened her mouth to say something – about how Valentine’s Day had been commercialized to the point of triviality, an occasion for errant lovers to feel better about neglecting their significant others, a day to buy enough credit for another year, one day to make the unloved feel even less loved – anything to hide how hard it was to hear those words, but nothing came out.

His face hovered just inches away. Her heart stutter-stepped; her breath snagged. Without explanation, she wanted to know the taste of his lips. She wanted to erase it all from her mind, her pain, his reputation. She wanted to simply believe he really was just the most eligible bachelor in town, and he had her in his arms.

He smiled, really smiled, not the movie star grins he’d been flashing earlier. His gaze emitted pure heat wrapped around a hint of sadness. What in the world could make a man with his looks and popularity melancholic? Surely Lord McKenzie didn’t have the same kinds of problems as mere mortals.

His fingers feathered her cheek, sending another wave of tremors through her. When his hand reached her chin, he lifted her face. Her mind barely registered what was happening before the space between them vanished. His searing kiss was nothing she could have imagined. It scorched her, inside and out. A soft moan escaped her throat before she could stop it. She melted into him, curling her fingers around his nape.

When he pulled away, her breath came in fast, shallow bursts. In stunned reflex, her fingers came to her lips, which felt swollen, having not been used for this purpose in a while. Weak-kneed and aroused, she sensed she only remained standing because of his strong arms around her.

One of the couples dancing bumped into them, jerking her back to reality.

Shoot. This evening would be more difficult than she could have guessed. How was she supposed to conduct a professional interview when she’d just kissed the interviewee, and now her mind insisted on dancing around words like ravished?