Michael Brin, a homicide detective who has recently been transferred to mpStation-4, a remote space station, is sent to investigate a new murder. According to his partner, Jensen, who is already at the scene of the crime, a man’s body has been found in an alley, his throat slashed. There are no eyewitnesses. Jensen says that the victim, Jeffrey Wright, owned a cloned woman, a companion named Deat. She is missing.

After arriving at the scene and inspecting the body, Jensen tells Brin that he should go to Sartex headquarters, the biotech firm where Deat was created, and talk to Supervisor Wilson, a man who might know where she is.

As Tracker Brin drives toward Sartex, he wonders if Deat killed Jeffrey because she wanted his money. Then Brin begins searching the Sartex database, trying to find out more about the companions, cloned human lovers, but discovers the need for a password. The only way to get any more information is by speaking to Supervisor Wilson, face to face.

What will Brin discover after he enters Sartex headquarters? 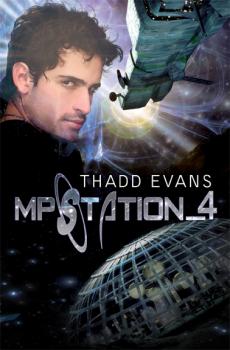 There were five thousand Qooyo words for pain, three thousand for death in darkness, five hundred for being buried alive. Eventually, many miners became addicted to drugs, including Ente. But most of their stories were hard to translate.

I put away my tablet and ate. A woman in a turquoise jumpsuit entered the room. Without warning, she jumped onto the opposite end of the table and twirled and faced the door. Suddenly, the female in turquoise pulled out a knife and crouched.

The door opened. A stout Qooyo miner entered and headed toward the woman in turquoise. At the same time, she lunged at him. Both fell on the floor. Halfway down the table, the chrome woman stood, blocking my view. I got up.

Why did he punch her?

Someone else in the room might know. I aimed my tablet at the three Qooyo miners and my blank screen appeared. Their firewalls were on, the tablet couldn’t decipher what they were saying. I aimed the tablet at the bearded miner, hoping to find out why the other miner had punched the woman.

I aimed the tablet at the tall miner. The screen remained blank.

I pointed the tablet at the female with a tiny nose.

Text scrolled. Diin knew, rin, kah. A translation popped up. You don’t have any money either.

I aimed it at the three women and ... white noise, encrypted conversations enlarged.

Then I pointed it at the woman in metallic blue. The screen remained black, blank. Text appeared. It, cah, min, yes, cah min. A translation enlarged. Why didn’t you tell me before? You’re a fool. Then this meaningless conversation dissipated.

A pop up alert slid across the screen. Mode 15, Mode 16, Mode 17. The woman in blue kept switching modes, blocking my attempts to find out why the miner had punched the woman. I put the tablet away and ate.