In 1973 James’s seventeen-year-old sister, Maria, disappeared while on her way home from school. Over thirty years later her remains are uncovered outside Broken Hill, 1,200 kilometers from her home.

Maria’s disappearance shattered her family and had strange repercussions for her ten-year-old brother, who was left to cope alone while his parents struggled to deal with his sister’s disappearance. With her discovery after so long, Maria becomes real for James, a sudden violent death in the family, and he sets out to try to discover what his sister was really like and what happened to her.

As he seeks answers, James meets his sister’s old school friends, Jennifer and Pat, and discovers their different memories of that time long ago and of a young woman standing on the edge of adulthood, who may have been quiet and shy or who may have been spoiled and living dangerously. During his search he is reconnected with his ex-wife, Allison, and begins to learn to live without Maria’s presence in his life. 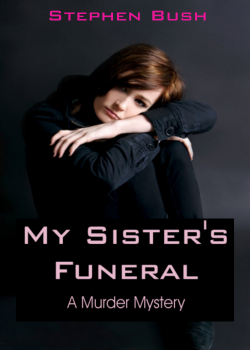 Looking back now I can understand something of how both my parents must have felt. At least in the beginning. And even later on. My mother had never actually been able to accept that Maria was dead, even though she occasionally said she did.

I know myself that you never really give up hope. An airline lost a dog of mine once. Somehow it was let out of its crate and jumped off the airplane when it was stopped at a remote airport that serviced a large mining community.

Not the same thing to many people, perhaps, as losing a daughter or a sister. But for me it was close enough to make me understand how it would feel. I remember vividly what it was like for me just then. Remembered the awful uncertainty of not knowing what had happened to my pet. And I had also thought, “so this is how it feels.” Suddenly feeling for my parents, and understanding them, as I hadn’t been able to before. Understanding their helplessness and guilt.

I’d flown up there to the mining community and spent two days walking up and down narrow bush tracks calling out her name, “Polly, baby; here, Polly,” but nothing had happened. She didn’t come to me.

We had found Polly’s paw prints in the dust mounded at the side of the tracks that ran through the surrounding bush. Small paw prints intermingled with the bigger ones of the local dingoes. But no sign of her. It had been perhaps seven years ago. But I still remembered it all vividly.

Then two weeks later someone had found Polly.

I had been wondering how much longer I should advertise. Wondering what was the time you allowed to pass before you tried to give the missing up and get back to normal. Wondering how I would bear it if it had been my child instead of my pet dog that was missing.

A couple of teenagers had spotted Polly and chased her in their car, following her up a track not far from the airport runway until she had stopped at a big puddle, she always hated water, and they had got out and caught her.

I received a phone call, and she came back as if nothing had happened. A couple of kilos lighter, a sore foot, scratches on her chest where she had moved through rough grass and the sharp debris that lies on the floor of the bush. Nothing else, suddenly the waiting and heartache was over.

But not really over, it took time to sink in that she was back. For the next couple of days I went to work and occasionally found myself thinking about what I should do, about looking further for her. Then I’d remember she was back at home, mentally pinching myself to be sure the relief was real, not imagined.

So now that I’m a grown man I can understand my parents’ helplessness when their daughter vanished, their need to listen to every promise, to take everything seriously. To hope.