Few realize a New World Order (NWO) plans to replace our constitution with a Single World Government; nor that our Federal Reserve Bank is privately owned and is not subject to oversight by our Congress or the President. Peter Kershaw, in his book “Economic Solutions” exposes this NWO’s controlling stockholders to include the Rockefellers, Goldman Sachs and Lehman Brothers of New York; the Rothschilds of London and Berlin; the Lazard Brothers of Paris; Israel Seiff of Italy; the Kuhn & Loeb Company of Germany; and the Warburgs of Hamburg and Amsterdam, who are earning almost two billion dollars a day in interest as they buy off our dysfunctional Congress and intentionally level this great nation to that of others. George H. W. Bush, the undisputed “Overlord” of the Shrub Dynasty, in his State of the Union Message of 1991 said: “What is at stake is more than one small country, it is a big idea - a new world order.” Did We the People ever agree to this treasonous act of turning over our nation’s sovereignty to a Single World Government? And today we have reached a point of no return, meaning that if we do not act now, we risk the loss of both our freedom and our Democracy.

About the Author:
John R. Krismer, MHA-LFACHE is founder and CEO of Health Systems Institute, consulting with governments, hospitals, clinics, and professional organizations while serving as CEO of several hospitals and corporations, and as a board member for two health insurance companies. He has conducted hundreds of educational institutes, and served as a principle investigator, researching the health record database system with four major universities, which required a comprehensive universal non-profit single prepayment system to provide cost effective high quality care that was to be lead by healthcare professionals, not plutocrats. He has been referred to as a visionary ahead of his time, who openly opposed profiting from our sick and disabled, and decentralizing and deregulating this county’s healthcare under profit seeking insurance companies, while supporting this country’s once very successful single privately owned non-profit healthcare system. A system that was once ranked first in the world instead of 37th by today’s World Healthcare Organization (WHO). In discussing his concerns with President Ford, the President said, “Our politicians have a strangle hold on healthcare, and the current system will have to collapse before it can get better.” And you know what? He was right. 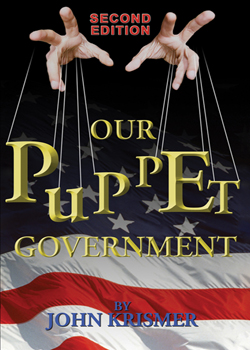