Romance novelist Cora Dumont needs a place to land after college. So when her parents ask her to housesit for a year, she jumps at the chance. Being home stirs up feelings for Drew, a former neighbor. Too bad he’d never given her the time of day.

When Drew Dunkirk moves back home, he doesn’t expect to run into Cora. Seeing her brings back the crush he had on her in high school, has him hoping to finally act on those feelings. But Drew’s fence becomes a point of contention between them and the fur flies. Will the fence separate them in more ways than one? 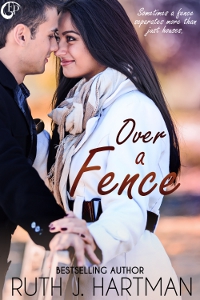