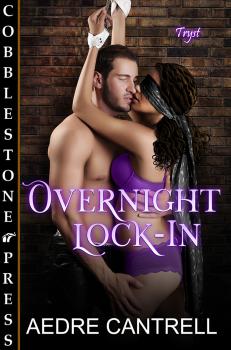 It took a few minutes for us to realize that we were, in fact, locked in. Not just that, but because we’d been so insistent that our clients didn’t need to stick around and help us with our investigation, they hadn’t, and now there was no-one to let us out.

“I could shoot the door,” Mark suggested. He unholstered his gun, hefting it thoughtfully.

I rolled my eyes.

“And us Yanks are supposed to be obsessed with shooting shit.”

“Well, what do you suggest?”

“That door ain’t moving.” I indicated the basement door, with its apparently decorative handle that refused to move.

He ignored me, stepping back and firing three careful rounds at the door, right alongside the handle. When the sounds of the shots had died away, he tried the handle again, but all the bullets had done was make holes in the door.

“Guess that only works in the movies. Or if we had a shotgun.”

“So…” I bit down on the I told you so that was probably written all over my face.

“We need to look for another way out.”

“In a basement?” Mark’s eyebrows went up, but he holstered his gun again anyway.

“Yeah. There might be a fire exit or something.”

I went back down the steps to the storage room where we’d been checking out the delivery, per our client’s instructions. It wasn’t a large room, half-filled with boxes and inventory, mostly imported wines. Three walls supported shelving taller than myself, also packed with boxes, and between two large shelving units opposite me was a floor length curtain, about the size of a door, something neither of us had taken much notice of before.

I yanked the curtain back so hard it came off in my hand, falling to the ground to reveal—a bricked up doorway. What might have been a fire exit once, now no more.

Mark laughed behind me.

“Oh man, that’s just… Which gods did we piss off today?”

“This violates so many codes, I can’t even begin…”

I felt like punching the wall, but knew that’d just break my hand, so I settled for punching Mark instead.

“Ow!” But he was still laughing as he rubbed his arm. I’d hit him much harder than that when we sparred, and he’d always hit back just as hard. I insisted he saw me as his equal, didn’t hold back, didn’t treat me differently for being a woman, and for the last year or so since he’d joined the PI agency, we’d worked together okay.

I pointed to the tiny window at the top of the wall, level with the street.

“Uh, I don’t think either of us can fit through that, Eva,” Mark pointed out.

“I know that, idiot. But if it opens, someone might hear us yelling.”

I took out my cell phone again, checking for what felt like the millionth time that there was no signal. Nope, nothing, nada. Not a bar.

Mark made an estimation of the height of the wall, took a brief run up, and half-jumped, half-climbed up, feet against the brick, grabbing the metal bars over the window and pulling himself up so his face was level with the window.

Not for the first time, I admired his athleticism, the way his biceps rippled under his shirt as he held himself up, seemingly effortlessly. The way his ass looked in those jeans…

It was all kinds of difficult to ignore how hot Mark was, had been since I first saw him, but I never dated co-workers, not when I was a cop, and not now as a private investigator. We flirted, sure, got all hot and sweaty training together, and I loved to tease him about his—usually disastrous—love life, but there was never anything more than that.

“See anything?” I asked, managing to tear my eyes away from his ass.

“Car park,” he replied tersely. He let go of the bars and dropped back down.

I giggled, as I always did when he used a British phrase. His accent—a hard London accent that made him sound like a gangster in a Guy Ritchie movie—probably did half the work when he went out on dates.

He rolled his eyes.

“All right, parking lot. And empty, which means we can yell all we want and no-one’ll hear us. All the staff are gone, and no-one lives ’round here.”

“Yep. Rest of the night, probably. Unless there’s a janitor, or night security or something.”

“Shit. Knew I should’ve gone to the bathroom when I had the chance.”

“Knew we should’ve wedged that door open,” Mark snapped back.

“Not claustrophobic, are you?” He wasn’t usually this touchy with me. “’Cause if you’re gonna start freaking out, you should probably tell me now.”

“I’m fine.” He ran his hands over his close-cropped light brown hair. “Just…I had plans tonight.”

I grinned, unable to pass up the chance to tease him.

“Sucks to be you, sweetheart.”

“Thanks. What grand plans are you gonna be missing out on tonight?”

“More packing. I need to get my furniture wrapped for shipping by the end of the week.”

“Too late to get you to change your mind, then?”

“On relocating? Yeah, it’s too late. I signed a lease on my new apartment, and the landlady has a new tenant for my current place already.”

“But still… Idaho over New York?”

“We’ve been over this. Ma needs me. And I’ll be able to rent a much nicer place out there than I ever could here.”

I chose to ignore that. Of course I didn’t want to leave. And I never thought I’d follow my folks out west—they’d moved for Ma’s job years back—but with Dad so sick, and they were both getting older… Skype calls and two trips a year wasn’t cutting it anymore. If I moved to where they were, I could help out and set up a business all my own, which was something I’d wanted to do for years, something that’d hopefully be easier in a smaller city than here in New York. Maybe I’d even end up going back to being a cop.

I took off my jacket, dropping it onto a pile of boxes, then unstrapped my gun holster, putting it down along with my cell and my wallet.

Looking for something to distract myself, I opened up one of the boxes on the shelf next to me.

I pulled out the bottle of Australian red, holding the label up to the electric light.

“You don’t know anything more about wine than I do, Eva.”

“Know tonight’ll go a whole lot quicker if we crack this open.”

I waggled the bottle at him, grinning.

Mark and his quest for the perfect beer were legendary. When he’d first arrived in the States, he’d been disgusted by almost every beer he tried, until he discovered micro breweries, and made it his life’s work to taste every single craft ale in the city.

“I mean, I’d happily swap this for a bottle of Jack, but you gotta work with what you got, right?”

I cracked open the screw-top and took a slug. Grimaced a little, then took another.

“We’ve been locked in ten minutes and you’re already helping yourself to what might well be dodgy booze?” Mark sounded more disapproving then he probably was.

I shrugged once more and took another mouthful.

“I’m not a cop anymore. Besides, we didn’t find anything to back up that claim, so I’ll reimburse them in the morning. You want some?”

He continued to glare at me for a moment, then he unstrapped his shoulder holster, putting the gun down with mine, took the bottle and swigged from it himself.

I rolled my eyes.

“Red wine’s supposed to be warm.”

“No it isn’t. Room temperature.”

“Well, it’s the same temperature as this room, so…”

He took another gulp, then handed the bottle back.

“Oh, I’m not gonna miss that smart mouth one bit.”

I grinned, enjoying winding him up.