Widowed at nineteen, Leah Worth is challenged with being 'boss lady' on the Diamond C, a large cattle ranch in the Nebraska Sandhills. Faced with motherhood without the husband she so deeply loved, while contending with the dangers and entanglements of the widespread ranch community, she is forced to go through the motions of living despite her broken heart.

When tall, broad-shouldered Louis Drake comes into her life, sharing a similar view on romance and remarriage, they become close friends. They face the dangerous challenges that confront first one and then the other. During the process, Leah discovers while going through the 'motions', she has been living all along, and a rich past can lead to a new love and an amazing future. 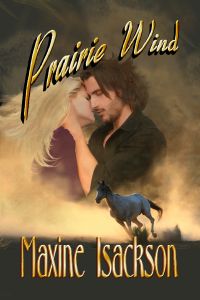 A young woman stood in the wind, honey blond hair tangling, seemingly unaware of the gritty sand particles peppering her face. The sand whipped from the heap of barren soil covering the grave at her feet. No tears streaked her cheeks...she was empty of tears. Empty. That was how she would describe herself if anyone asked. Her wind-chapped lips moved, shaping the words.

“Empty. Hollow. A shell. That is all that is left of me, not even pain. I am as dead as the man beneath that strip of blowing earth.”

She lifted her eyes to the blue dome of prairie sky. “Why, God? Why?” she demanded. “What have I done?” She lifted her hands to her breast as though in supplication. “If I love them, you take them! Why?”

The beseeching figure took no notice of the horse and rider who had arrived at the base of the hill, or of the stocky, middle-aged woman who had walked up the incline until she spoke.

“Leah, you know better. You know God didn’t take Ty from you. Life did that, honey. Life took your folks and it took Simon from the both of us. God don’t set out to deal us grief. Sometimes, we bring it on ourselves, but most times it gets dealt to us while we’re doing our level best.”

The older woman wrapped the younger one in her arms. Holding her close, she continued, “You’re Simon’s daughter. You know what he’d tell you. ‘Quit whippin’ yourself and just face what you have to do, then do it.’” They stood then with an arm around one another’s waist—eyes gazing out across the hills.

“I don’t want to face up to anything. I don’t care anymore.”

“Fiddlesticks! Of course, you care about the Diamond C. You’ve got to take care of it for Simon, and what about Ty’s horses? His stallion Dollar’s Worth? Ty’s dreams of building up a fine herd of horses to leave for his young’un.”

Leah Worth laid a slender hand on her stomach. All that remained of her husband’s love grew there. She lifted her head to meet Maude Henderson’s troubled eyes. “Do you think it might be a boy? A son for Ty?”

“Can’t say, but boy or girl, Ty left it for you to raise...to plan for and build for. Make up your mind to it. You’ve got a job ahead of you. These men we’ve laid here expect it of you.” Maude nodded to include the grave a few yards away, where a few skimpy blades of grass had taken root. “You can’t let them down. You’ve got to care!”

There was a slight flicker of a smile on the older woman’s own wind-chapped lips. She dropped her arm and stepped back, reaching up to anchor the old felt hat threatening to blow away, satisfied with the response she had received. Going through the motions would be a start. After all a goodly part of life consisted of just that very thing.

The two women walked slowly down the hill, their boot heels sinking into the sandy soil where the sparse fall grass clung, curing, to pale hues of amber and wine. At the foot of the hill, they paused and looked back at the week-old grave of Leah’s husband, Ty Worth, and that of Simon Clayborn who had lain on the hillside for the span of a year. No other graves as yet marked the hillside that had been chosen as a cemetery at the time of Simon Clayborn’s death.

There had been a time years before when Simon and his close friend, Cecil Henderson, would meet on this very hill. They would sit on their horses and, according to Maude, discuss the weather, the condition of the range grass and whatever else cattlemen had uppermost on their minds. Cecil had been gone a good many years and was buried on his own land, but his widow, Maude, had suggested the hill when Simon died. They’d even spoken of the time this spot might become a cemetery for any in the far-flung ranch community who should choose to be buried here. Folks might even decide to build a church close by, if and when they recovered from the years of drought that had gripped the area until the past year.

The two women were a study in contrast as they stood by their horses: one with a weathered face, short, stocky body clad in men’s apparel, a few inches of bobbed gray hair visible from beneath a worn felt hat; the other barely out of girlhood, a petite figure in a shirt and riding skirt, honey blonde hair and wide set brown eyes. Though they differed in age and appearance, the pair had a great deal in common—not only did they share a love of the wide expanse of ranch country located in the Nebraska sand hills, but both had loved the two men buried on the windswept hillside.

Leah reached for the reins of the little chestnut mare that tossed her head with lady-like movements, though, like most well trained ranch mounts, Fleet could be trusted to wait with dropped reins. “Do you have time to stop for coffee, Maude?”

“Wish I did, honey, but I need to check the home pasture windmill. It’s acting up again.” She had gathered her own reins and had swung up on her gray gelding. “I had a feeling you’d be here this afternoon, so I just rode over this way.”

“I appreciate it. I don’t think I could hang on if it weren’t for you.”

“’Course you could, but that’s what family does for each other. Oh, I know, we aren’t family in the true sense of the word...seems like it, though.”

Leah stepped over and put her hand on the denim-clad knee of the mounted woman. “You are family, Maude. Maybe not by blood, but in every other way.”

A callused hand covered hers. “And I’m here for you. Remember, I’ve dealt with sorrow—our babe, Cecil and then Simon. I know what it feels like...like you died, too. Every time it does. But, believe me, honey, the time comes when you can live with the pain. It don’t seem like it...not now. But you will survive and you will live life again.”

Maude received a wan smile in return and doubt clouded the brown eyes gazing up at her as Leah stepped back to swing into her own saddle.

The women rode off, each taking the direction to her ranch home, pausing to wave just before a rise of ground hid her view of the other.