Brendan’s life is about to change. After dealing with traumatic experiences throughout his adolescent years, Brendan sees his friend, Aliyah, in a different light. Hoping for his luck to change and searching for ultimate happiness, Brendan and Aliyah embark on a journey together, but will it be everything he’s been searching for? 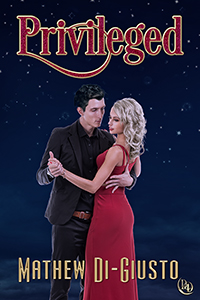 I wanted to thank you for listening. Many people don’t realize this, but it’s a virtue all too often taken for granted. Although we will never meet, I hope you realise you already mean more to me than ninety-nine percent of the people I have ever met. I feel we are eternally connected, for you get to hear my last words. I just need you to understand something you will never understand. For as I write this, I still don’t, and I never will.

I will never forget the first time I felt helpless. It was a beautiful day without a cloud in the sky, and I had been at school all day. I went to a nice school located right in the center of our city. Our city, of approximately sixty thousand people, had a dozen primary and secondary schools. It was the second biggest city in the state.

I used to ride my bike to school with two of my friends, and we decided to stop at the park on the way home to play some football. We grabbed some treats from the local shop and kicked the footy around until seven o'clock, time to head home because of our curfews. I was all of nine, and Mum never let me stay out after dark. There was always a rule in our household. No matter what, we sat down at the dinner table and ate as a family.

Mum was the absolute epitome of what a mother should be. She had a good job and was always home by five to make sure dinner was on the table by seven. She cooked, cleaned, and drove us to all our sports. I did seven, to be exact. Never for a moment did I question how much she adored and cherished us kids. We always tried to take care of the chores to give Mum and Dad some time to relax after long days.

Tuesday nights were different. Mum and Dad were the treasurer and secretary of our football club. They had to step out to a committee meeting. This happened frequently, and I was left in the care of my older brother and sister. Ben was thirteen and had just started secondary school. He got into the best one in the region, and Mum and Dad could not have been any prouder.

Puberty hit Ben in the summer, and didn't he love it? He went from being this chubby kid whose hair looked like it had a fight with a lawnmower, to the jock of the school with exceptional muscle tone for a thirteen-year-old.

My sister, Theresea, was eleven. She was short with brunette hair and one of the best netball players and swimmers in state.

After dark, you’d never see me out of the lounge room. I slept there as we didn't have enough bedrooms. I loved it. It was a massive room, and the computer was there. When I could no longer run around outside, I owned the computer. My favourite game was a mythological war one, and I'll never forget the irony of the level I was playing when Ben came in that evening.

There's this level where you’re supposed to avenge this hero and his closest kinsmen because as the level starts, they’re slaughtered. No matter what you do, you can never save them. It was impossible. I was about halfway through avenging them when my brother ripped me off the computer chair and threw me onto my bed. He covered me in pillows before throwing punch after punch.

Some people might argue that it was a nice thing to do by putting the pillows down, but trust me when I say they did not soften the blows, not one bit. My sister bolted in halfway during my screaming and tried to pull Ben off, but he lashed out at her. As he pushed her, she fell back and hit the corner of the computer desk, splitting her head open.

Ben never paused. He immediately went back to throwing punches at me. The most upsetting part was seeing my sister cry. It broke my heart. He told us that if we told Mum and Dad, he'd do it again the next time they were out. The saddest part was, it was the truth. We had to lie to save our ass from another beating. Theresea and I patched up our wounds in the bathroom, and when Mum and Dad got home, we had told them we fell out of the tree and hit a few of the rocks in the garden. They were upset at us for playing outside after dark.

These beatings continued. I tried telling Mum and Dad at some stage, but they couldn't keep eyes on me every hour of the day. I guess you could say with beating after beating, I got used to them, but one day my brother went too far. We lived in the suburbs, which made it lucky for me. I was outside racing my scooter around the pool when Ben came home from his girlfriend’s house. I knew something was up, and I always knew when I was in harm’s way.

You see, later in life when Ben was diagnosed with intermittent explosive disorder, it all became a bit clearer. One of the ticks for when he feels the attention is not on him is to take it out on whomever the attention is on. Apparently, I was my parent’s favorite, and I never heard the end of it.