Red Snow is a fast paced action adventure involving a former Army Special Forces officer turned CIA agent. His journey takes him all over the world as he fights rogue Russian SPETSNAZ forces in Afghanistan and later in the USA. His quest brings him in contact with fierce mujahidin warriors in their search for independence and at the same time, Jeremy Grant (our hero), relives the horrors of war in Vietnam. His mission continues after his CIA retirement due to severe injuries suffered in Afghanistan. His many treks take him throughout Afghanistan, Pakistan, Germany, France, Russia, and eventually back to San Francisco and his new job with the United States Customs Service.

His new job, as the Chief of Intelligence for the law enforcement division, leads him to a new conflict with his old arch-nemesis Oleg V. Kolkov, formerly of Afghanistan and now a major participant in Russian Organized Crime (ROC) in California. Continually betrayed and followed by his enemies throughout his travels, Jeremy must use his training and experience to defeat them. This exciting and sometimes romantic adventure will remind you of land based Hunt for Red October.

About the Author:
Sean Ryan Stuart is a southern boy by birth and heritage, however as the only son of a professional military man he traveled extensively throughout the world. His personal military experience includes six years in the Air Force and seventeen in the US Army as a counterintelligence special agent. Additionally, he worked with various local, state and federal law enforcement agencies in his varied career. This association with civilian law enforcement extended up to and included his last seven years in the military.
Mr. Stuart has had extensive training in the field of security, investigations, narcotics, counter-terrorism and linguistics. He is fluent in five languages and has also been used as a technical advisor in Hollywood. Mr. Stuart is currently living in California and is teaching specialized subjects. He is also the author of dozens of articles on Russian Organized Crime and other related subjects. His recently published book ‘Das Haus’ The House and the Son of the Rabbi has been adapted into a screenplay and is currently being developed into a movie. 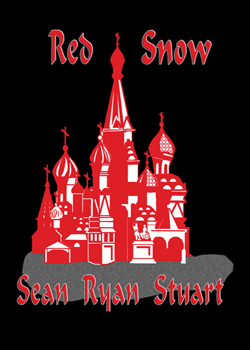