Archaean bounty hunter Marek Coinnich isn't particularly fond of Engels. In fact, he prefers them dead. But to save his injured brother, he must enter the manor of an Engel enemy. Marek finds himself enthralled by the slave girl nursing his brother back to health. When his enchantment with her lands them in a compromising position, he refuses to let the young beauty pay for the misunderstanding with her life.

Brynn of Galhaven prefers to keep to the shadows. When she is ruined by an outsider, she barely escapes with her life and finds herself left alone in an unforgiving land. Through her struggles to survive, Brynn discovers a world she never imagined and never forgets the enemy Archaean who stole her heart.

Marek can’t deny his desire for Brynn, but these are wartimes, and she is the enemy. And though love knows no prejudice, the world in which he lives isn’t nearly as forgiving. 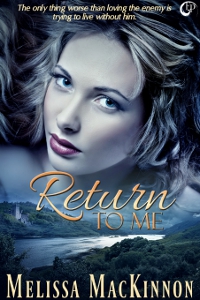