Rocknocker: A Geologist’s Memoir reviews the life of George Devries Klein, an immigrant who made it through the American System as a geologist. It chronicles his life from early childhood, graduate school, working as an oil company researcher, university professor, science administrator, and as a geological consultant. The book includes the highs and lows of George’s life. Each chapter also summarizes key lessons learned making the book even more useful to young scientists as a career guide. Isolated incidents relevant to the book, but shortened, are included as postscripts at the end of each chapter. A highly informative read that shows what is needed to develop a productive career in the sciences.

About the Author:
George Devries Klein is a widely respected geologist, both in academe and the petroleum industry. Born in 1933 in the Netherlands, he immigrated to the USA in 1947. He graduated from Mamaroneck Senior High School and earned his BA, MA, and PhD in geology from Wesleyan University, The University of Kansas, and Yale University, respectively.
His career spanned work as a research geologist at Sinclair Research, Inc., followed by service as a faculty member at the Universities of Pittsburgh, Pennsylvania, and Illinois @Urbana-Champaign, where he was a full professor from 1972 to 1993. He served as President of the New Jersey Marine Science Consortium and as New Jersey State Sea Grant Director and then formed his own consulting company, SED-STRAT Geoscience Consultants, Inc., in 1996.
He is best known for his research on tidal sedimentology, proposing the “Tidalite” concept. He authored over 350 refereed papers, abstracts and reports, including 11 reference books, and one novel, Dissensions. His publications include the book Sandstone Depositional Models for Exploration for Fossil Fuels and a widely-used Wall Chart on “Vertical Sequences and Log Shapes of Major Sandstone Reservoir Systems”.
His consulting client work is in the US Gulf of Mexico and Gulf Coast, Illinois basin, Appalachian basin, Angola, Senegal, South Africa, East Africa, Brazil, Peru, Venezuela, Mexico, Romania, Russia, and the eastern Mediterranean. He has discovered, either solo or as part of consulting teams, approximately 160 Million Barrels of oil and 3 Trillion Cubic Feet of natural gas. He currently resides with his wife, Suyon (originally from Seoul, Korea), in Sugar Land, Texas. 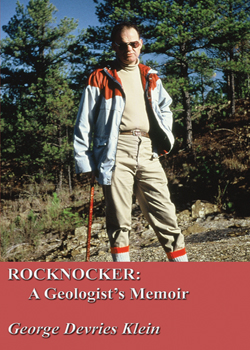