Workaholic accountant Elizabeth Sewell needs a man. According to her well-laid-out life plan, it’s time to find Mr. Right and move on to the next phase of her life. The problem is, she’s been so busy working her way up the career ladder, she wouldn’t spot Mr. Right even if he were carrying a neon sign. So, being an organized businesswoman, she comes up with a strategy. She’ll hire a man to provide her with a variety of experiences. That way, she’ll know what she wants. It’s just that easy, right? Disillusioned attorney Jack Harley needs an opportunity. He’s just left a high-status firm and is determined to get his life back on track by opening a private practice. His first client, a woman being sexually harassed at work, gives him the chance to take on a case that matters. When a sexy brunette mistakes his new office for a recently relocated escort service and challenges him to help her uncover what turns her on, he thinks he can have it all. But soon he discovers telling Elizabeth the truth of who he is will compromise his case. Protect and seek justice for his client—that’s the promise he’d made himself. Now it’s time to win the case, even if, for him, it means losing what he really wants. 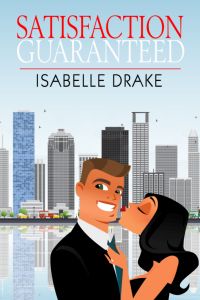 Jack Harley was not a deceptive man. As an attorney, his professional code of ethics required him to be completely honest and up until that moment it never crossed his mind to be anything but up-front. But this cool brunette who’d walked into his life and recited something like one of those made up stories in “Penthouse Forum”, she’d changed everything.

He’d have thought the whole thing was a set-up, a personalized welcome wagon joke delivered courtesy of his cousin, Denton but the determined set of this woman’s kissable mouth assured him she was serious.

Admittedly, her proposal came across a bit stiff and lacking in detail but his imagination had already filled in the blanks. Not even Theresa Hill, the high maintenance girlfriend he’d left behind in Dallas, ever made him this shameless. Self-control? Good judgment? His two best personality traits had gone AWOL.

He looked down, almost hoping he’d find them within easy reach, sitting on his desk. No luck. Truth be told, there probably wasn’t anything that would douse the liquid spell this dark-haired ice princess had poured over him.

He swallowed hard and forced his face into what might pass for objective professionalism. She didn’t miss a single movement. If she applied that thorough approach to her love-making, she’d eat a man alive. But what a way to go.