Savannah Time is a story of human caring, loyalty, inevitable change, bittersweet heartbreak, and hope, set in the lovely garden that is historic Savannah.

In this follow-on to Chatham Square, the eclectic collection of residents of one of Savannah’s original residential squares have moved along in the almost-glacial “Savannah time” pace of this southern city, although, for some, the concern is that the pace is going too fast—that inevitable unwanted change is in the air.

Samantha, the little black girl with the deformed leg of the previous book, has grown to nearly her eighteenth birthday. The residents of the square who rallied to ensure she had the reconstructive operations she needed are, for the most part, now in need of nurturing attention themselves, and Samantha is providing the “Florence Nightingale” support they need. But Samantha is at a cross-roads in her life. She has long said she wanted to become a doctor, but as the time approaches for her to leave home in pursuit of that dream, she feels the pull to remain in Chatham Square to help her friends.

Conflicted between what they want and what Samantha needs, her friends on the square fight to conquer their own fear of change for Samantha’s sake. The doll maker, Ginny, who is the emotional “glue” for the residents of the square and employs Samantha as her assistant; Rose, the matriarch “queen of the square”; Arnie, the irascible but kindly super of Ginny and Samantha’s apartment house; and the ailing bookstore pair, Tom and Edward, all have to bow to inevitable changes if Samantha is going to be set free.

Added to the mix are two young men vying for Samantha’s attention and a new resident to the square, a novelist on a mysterious mission. 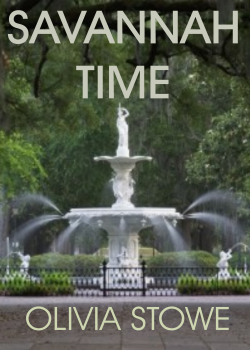 “Here. I think she’s ready to have her face painting finished. I did most of it last night, but I saved the eyes for you. You’ve always been magic with the eyes.”

Ginny had stayed up much of the previous night, working on the Scottish doll and fretting over what to say to Samantha when she came downstairs to work with Ginny in the doll room this afternoon. It was Friday, the day Samantha didn’t have to return to school for classes after preparing Arnie’s lunch on the floor below. . . .

Today had been like most every other Friday. Ginny had heard Samantha leave Arnie’s apartment downstairs and then go up to the third floor to leave off her books and change her clothes. And then her footsteps brought her back down to Ginny’s second-floor apartment.

All the time Ginny heard the young woman moving around she’d been composing her “you’re fired” speech. She couldn’t bring herself to do it as abruptly as Arnie had done it. But Ginny knew she was being selfish by not taking all of the obstacles away from Samantha going away someplace to study medicine. There was no good premed college course near Savannah. Ginny had already checked on that.

No, something needed to be done to turn Samantha away from a possible future of staying here with Ginny in the doll business. And Ginny intended to start doing it today. . . .

Ginny picked up the nearly complete Scottish doll. “Here. I think she’s ready to have her face painting finished. I did most of it last night, but I saved the eyes for you. You’ve always been magic with the eyes.”

Both women held their breath and put their heads together as, holding the doll’s face toward the light of the only window in Ginny’s spare room, Samantha charged the tiny brushes with the paints she needed and concentrated on the porcelain figure she held in a steady grip.

When she was done, Ginny could hardly see her work through the tears forming in her eyes. “They’re perfect, Samantha. You’ve made her come alive.”

It wasn’t anything like she had been determined to tell Samantha. But what Samantha had done with the Scottish doll with just a few deft strokes and subtle layering of the paint was exquisite. Ginny was an artist. She couldn’t lie to another artist—an artist who was potentially a much greater artist that she herself would ever be.