A tired, sleep deprived man witnesses a murder while sleepwalking, but mixed messages and hallucinations afterwards can’t let him decipher what is real and what is not. Would he be able to save the woman at stake or is it all part of a bigger scheme? 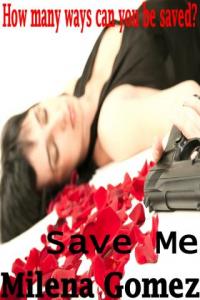 “Hi, Howie. What a coincidence meeting you here,” she said, placing herself between him and his car.
“Bryn, could we talk later? I’m exhausted and I just want a quiet night alone.”
“No, Howie. Your time is up.”
Howie frowned. “What do you mean my time is up?”
Bryn grinned and pulled a gun from her purse. He immediately stepped back.
“Alright, Bryn, you can’t do this here. People will see you and they will call the police. We can talk somewhere else just as long you don’t point that gun at me. Okay?”
Bryn sighed boringly, “I guess you’re right. Boys, get him prepared!”
Two men appeared behind him. One was his friend Mac and the other was the suspicious cop from the crime scene a few months ago.
“What the hell is going on?” Howie asked. Before he could try and figure out what was going on, he was knocked out and he crumbled to the floor of the parking garage.