Paris. Their bond grows stronger as Claire and James prepare to exchange vows. But the political unrest in the vampire world does not allow for vacations. Once again Claire and James are called upon to use their connection to quell a war that would serve to destroy humankind and any supernatural creatures who stand with them. No longer able to put it off, Claire must face her destiny no matter the cost. 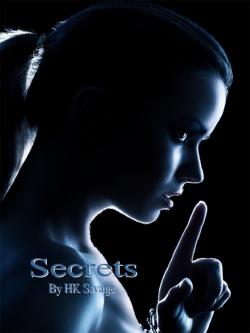 Taking out my phone, I concentrated on dialing James. He answered on the first ring. Vampires were so fast when they wanted to be.

“Hello Love, are you home already?” I smiled at the sound of his voice.

“I got a call from Davina. You remember Alan’s daughter from Helios? She said they had the book we were looking for at a shop here in Minneapolis. I just picked it up and read the section on psychic connections. It says they can only be broken if one of us dies. Do you think turning constitutes death or can the connection live in my head if it comes to that?”

“I’d like to avoid it entirely, if at all possible.” His initial response was not as jubilant as my own. “How did she get your number? We gave her mine.”

“You’re always so suspicious. Did you hear what I said? That could be a good thing if we have to look at me turning, not that I want to either.” In my head I could hear Henry’s caution to James that eventually I would have to turn or go mad. That he was continuing to deny that was bordering on the ridiculous. “James, you can’t pretend we aren’t going to have to face this.” I started.

He sidelined me, “Claire, my suspicions aren’t ill placed. Alan is trustworthy but we know nothing of his daughter. If you will recall, she was irresponsible. Always losing her keys and laying with men Alan doesn’t approve of. I am merely saying we should use caution with her.” He backed off, probably hearing how harsh he was being and offered a concession. “I’m going to get out of here, why don’t you meet me at home, we can look at it together.”

Right as he said the last, I reached my car and stopped. Leaned against it were two vampires. I could see them in the fading sunlight.

One was very young, just turned I was guessing from the way her mind was buzzing and banging into mine, I could see the wildness in her eyes. She was my age, I think I’d found the girl we’d come back to help. It was surprising she could be out in the sun so young. James said like thirst, it burned the most as a newly turned vampire before slowly fading.

Glancing up I saw that the sun had gone down and only its last glow was keeping full dark at bay. I’d been reading for longer than I’d thought, and in the dark. My eyes were better too. There wasn’t time to be excited or upset about that little discovery.

The other was a man turned in his late twenties. He was a shorter Asian man with his long hair pulled back behind him. I recognized him.

My heart skipped a beat and I struggled to find my voice. It took two tries to get out more than his name. “James, I think I found the female who disappeared on us. She’s on my car.” I paused, my voice low as though they wouldn’t hear me. “She’s with one of Bradley’s crew.”