What do the Barrios of New York City and Harvard University have in common? Turi Sepulveda soon realizes that it is murder and madness. 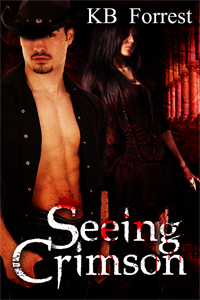 The Hero saw the short, slender girl as she stood for a moment and moved her backpack to her other shoulder. Her black hair was straight and her face as pale as a silvery full moon as she looked around herself timidly. The Hero smiled and thought that the girl was beautiful and innocent. He prayed that she’d be safe as she returned home.

He was still gazing at her when he saw a movement behind the girl. The red-faced man peered in her direction and licked his lips. After a moment, he looked behind him and signaled to another hulking figure, which slowly emerged. He was merely a misshapen shadow until he smiled and his long, white teeth shone from his angular black face. His eyes were yellow and feral and although this was frightening enough, when the red-faced man again faced him, his eyes shone too, but with the greenish incandescence of a wild animal.

The Hero saw them gesture obscenely, as if to announce their intentions. The men-monsters moved incredibly lithely, considering their sizes, and after hiding behind a dumpster of rotting waste for a moment, they came out into the open, and began furtively creeping toward the girl, who seemed totally unaware of the danger.

He could see their tongues lolling with lust and their fingers moving suggestively, but the girl saw nothing as she stared at the ground in thought. The monsters moved rapidly now, and he knew it was the time of reckoning. His blood was icy with fear for her, but he allowed the heat of his rage against evil to warm his blood rapidly.

They were almost upon the girl when he leapt and confronted them, his cape dashing before him dramatically as he stood, arms akimbo. He grimaced as he landed gracefully in front of them, and stood his ground bravely, but when he opened his eyes, there was nothing before him. A tight laugh escaped his lips as he realized what had happened. Somehow, they were so overcome with fear for him that they disappeared into thin air. Yes, they must have power, power that was growing by the hour, otherwise how could they disappear? This had never happened before. They had the power. Evil, wicked power!

The Hero looked around, peering into the dark of the alley, looking for the flash of their eerie eyes, but they were gone – gone as if they had never existed at all. The girl must have seen them too, because she dropped her bag and was making little whining noises of fear, and she held one hand to her mouth as she clutched something small in the other. He moved his head close to her so that he could see what she held, but she mewled softly and pulled back. It was a little toy, a monkey, or something equally silly, but he hated to see the girl whimpering like that.
Wordlessly the Hero tried to put a comforting arm around her. He saw her delicate beauty and felt the warmth of her breath on his bare chest. He pulled aside his cape and his nipples were hard as he felt himself becoming aroused. He put one hand under her buttocks and pressed her to the growing hardness between his legs. He suddenly recognized her cries as those of intense desire, and realized that she must be older than she looked. It was all right, he thought. He’d never before allowed any woman into his life as a superhero, but this one wanted him badly.

Maybe he would make her dreams come true.

He decided that if she loved him for saving her life, he could also allow himself to love her. They were now linked forever by this altruistic act of his. She was shuddering all over and the whining noises were increasing in volume. The Hero hugged her gruffly to his bare chest and she began to cry like a child. He’d heard that women cried like this when overcome with love. She tore her face away for an instant and sobbed in a breath, but he pushed her face into his chest again, to soothe the tears. Without explanation, suddenly she began to struggle fiercely.

A shrill, desperate sound tore from her throat and the Hero suddenly realized the trick. This cunning little vixen had been in league with the lurking men who’d been pretending to stalk her. She was in league with his mortal enemies. They’d put together an elaborate plan—a hoax, meant to embarrass and disgrace him, or maybe worse. Maybe they knew, finally! They knew that using a woman was the surest way to increase the toxin of their taunts. Now she was mocking him, making like she was really a woman in distress. He could feel her lips against his bare chest. They were writhing with amusement and merry laughter, even as her body thrashed against him.

He felt the hardness between his legs become suddenly flaccid and his body began to shrink imperceptibly. Their trick would cause him to become a helpless little boy again if he didn’t act soon. He had to stop her from laughing. He just had to! Panic made his eyes tear and sweat dripped from his brow and trickled into his eyes to sting him. He had to act before the weakness set in.

He shook her like a rag for a moment and the toy fell from her hand. Pulling her close by the hair, he used one hand to push her head into his naked chest and put the other in a bear hug over her back. He squeezed her with all his might and her struggles grew frantic until he heard a sharp cracking sound, and then they suddenly subsided and she was limp, but the Hero felt his retractable nails pushing out again. Although the strength was draining from him rapidly, he felt their blade-like substance as they eagerly sought the skin on the girl’s back, but before the nails could avenge themselves, he heard someone yell. It must have been one of the men she was consorting with. He dropped the girl and ran. He would get them later. They would be forced to pay for mocking the Hero.