The SEX IN THE CITY series is devoted to the unique attraction that major cities worldwide provide to lovers of all things erotic. Famous places and monuments, legendary streets and avenues, unforgettable landmarks all conjugate with our memories of loves past and present, requited and unrequited, to form a map of the heart like no other. Brief encounters, long-lasting affairs and relationships, the glimpse of a face, of hidden flesh, eyes in a crowd, everything about cities can be sexy, naughty, provocative, dangerous and exciting. Cities are not just about monuments and museums and iconic places, they are also about people at love and play in unique surroundings. With this in mind, these anthologies of erotica will imaginatively explore the secret stories of famous cities and bring them to life, by unveiling passion and love, lust and sadness, glittering flesh and sexual temptation, the art of love and a unique sense of place.

And we thought it would be a good idea to invite some of the best writers not only of erotica, but also from the mainstream and even the crime and mystery field, to offer us specially written new stories about the hidden side of some of our favourite cities, to reveal what happens behind closed doors (and sometimes even in public). And they have delivered in trumps.

The stories you are about to read cover the whole spectrum from young love to forbidden love and every sexual variation in between. Funny, harrowing, touching, sad, joyful, every human emotion is present and how could it not be when sex and the delights of love are evoked so skilfully? 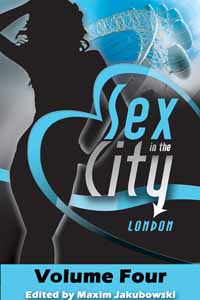