- Snake Hill is located in Secaucus, New Jersey, less than 15 minutes from Times Square through the Lincoln Tunnel
- As early as 1874, Hudson County had horse-drawn ambulances made specifically to transport smallpox patients to Snake Hill
- A 1909 map of the Hudson County facility shows two burial grounds on the east side near County Road, the road to Jersey City
- At the very top of "the Hill," a 430,000 gallon reservoir provided water for "state of the art" sewage management as well as steam heat for the complex
- By the beginning of the 20th century, there were over 50 buildings at the facility including a penitentiary, two almshouses, a lunatic asylum, several infectious disease hospitals, three churches, and a school

The buildings have disappeared, many of the burial grounds are unmarked and forgotten, and even the land has largely been obliterated by quarrying, yet Snake Hill has a story to tell. Volume One of this series offers a look at the facility's beginning in the 19th century. It was a time when the New York metropolitan area had many dependent souls whose situation in life in some way, brought them to "the Hill," and like the buildings that once housed them, they too have disappeared.

About the Author:
Linda L. Stampoulos lives in New Jersey, and often travels to the West to research material for her books. After completing her Undergraduate and Graduate Degrees at Montclair State University, she went on to Columbia University, to earn her Doctorate in Education. She has taught at both the Undergraduate and Graduate levels in the Schools of Health Foundations and Educational Foundations at Montclair State University. A large portion of her curriculum included the works of Joseph Campbell. In addition, she has devoted over twenty-five years to work in the field of Substance Abuse Prevention and Treatment Services.
Her other works include The Redemption of Black Elk which was published in English as well as in German, Black Elks Vermachtnis, and also Two on a Bridge Guidebook and Workbook. She has also contributed to the Images of America series: Visiting the Grand Canyon, Views of Early Tourism which was listed among the Southwest Books of the Year, Best Reading 2004. In addition, she has previously worked on several projects with Native American author Kenny Shields, Jr. to produce: Fort Peck Indian Reservation; The Little Bighorn, Tiospaye; and The Grand Canyon: Native People and Early Visitors. These and other works can be found at Pompanobooks.com 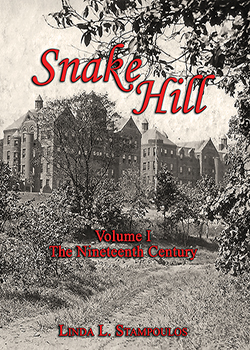