Hollywood script supervisor Pippo Baker has always been unlucky in love, therefore, he enjoys his fantasies. His idea of a dream man is James Bond. So when the opportunity arises to test out Aston Martins in a snow drive in St. Moritz, Switzerland, it doesn't take much for his roommate, Michael, to persuade him to throw caution to the winter winds and go. Pippo is excited about accompany Michael on the luxury two-day extravaganza promoted by the European car company. The only drawback is that Pippo realizes too late that his holiday on ice has labeled him a "spectator only." It's the story of his life.

But then something happens, something magical and quite fitting with his dreams. He meets Scottish race car driver, Kethin Teague, on the flight to Zürich and their mutual attraction is instant. Now Pippo discovers that sometimes real men are better than the dream ones. And he's about to find out just how much better they really are in the snow-kissed mountains on his very first snow drive.

He stood there on the lot at Paramount Studios, lurking between the long lines of Waggoners, the mobile homes provided for actors during their workdays. When I say I met him, I mean he actually said hello to me. Not hi, or hey, the way we dreadful Americans do. He said, “Hello,” like a proper English gentleman, then gave me a friendly smile.

“I don’t suppose you smoke?” he asked me.

I gave him a little wave as I kept walking. Just as I thought I’d made a good impression with my relaxed, suave routine, I tripped over a curb. I lost my footing, lost my lunch salad all over the grass, and lost the plot.

I was mortified. By the time I’d stumbled to my feet and gathered up most of the lettuce, dumping it into the trash, he’d bummed a cigarette off one of the crew guys. He hung out with them, relaxed and comfortable, leaning up against the wall of Stage Thirty-Two. They were all kind enough to avert their eyes. None of them snickered. But I had a hole in my pants and even bigger one in my ego.

They were enjoying the late afternoon sun.

I was enjoying the fact that I hadn’t broken anything.

“You okay?” the actor suddenly called out.

“Fine, thanks.” I held up a hand and got another smile from him, which almost made me walk into a tree.

I felt it was a sign though, and after rounding the corner without further injury, I pulled my cell phone out of my pocket. I called my roommate, Michael. He picked up on the first ring. A big no-no in Hollywood, a town where even a small sign of desperation gets you a closed door.

“What is it, Pippo?” he snapped. I had a bad feeling his audition for Ultra-Brite toothpaste hadn’t gone so well.

“You could say that.” His waspish tone had me cursing my lack of psychic ability.

“What happened?” I sat down on one of the curbs on the artificial New York Street set where our TV pilot was shooting its final scenes. It looked so real. One could swear Carrie Bradshaw would soon come zipping down some Brownstown stairs in her impossibly high shoes. I was aware of something squishing under my ass. Man. Even the doggie doo-doo looked real!

Oops. I had a bad feeling it wasn’t fake doggie doo-doo, but the real thing.

I shifted my ass, and the stench hit me. Oh, yeah. It was real.

“Well,” Michael griped. “I went to the damned audition, and they wanted dark-haired men!”

I frowned. “But you are dark-haired.”

“I wanted to be different, so I dyed my hair blond this morning.”

It took everything in me not to call him a moron and other things guaranteed to cause a rift in our friendship. I didn’t want to do that. Not now that a magnificent vacation in St. Moritz was about to be mine.

“And how did it go?” I got up and walked over to the wardrobe truck. I must have smelled as badly as I thought because people walking toward me kept giving me a wide berth.

“They wanted dark hair,” he reminded me in an aggrieved tone.

“Maybe they’ll want you when they see your tape. I bet you look amazing as a blond. Bet it brings out your blue eyes.”

“Aw, thanks, Pippo.” His tone softened. “Listen, you given any thought to my proposition?”

“Excellent. I’ll book the trip right now. I needed something nice to happen to me today.” I could hear him typing onto his keyboard. “I’ll pay for your portion, and you can write me a check.”

“Cool. And you did say seven hundred dollars, right?”

“A very good deal.” I still couldn’t believe it. We’d fly to Switzerland for a week, and for three glorious days, we’d be in St. Moritz at a five-star hotel enjoying fine dining, champagne receptions, and the capper? We’d get to drive three-hundred-thousand dollar Aston Martins in the snow!

If I couldn’t have James Bond, baby, I would drive his car.

I couldn’t wait. Car fanatic Michael had found out about this once-yearly event in one of his car magazines. He’d showed me the video, and we’d fantasized about this for a few days. And then he began to push. He wanted a partner in crime. He didn’t think it would be fun going on his own and I could see his point. When we were old men, we’d both want somebody around who had been there. Somebody who’d seen us driving the ultimate, luxury sports vehicle.

Besides, as he kept reminding me every five minutes, maybe we’d both get to meet a handsome hunk, or two. His portion of this little extravaganza would be almost five-thousand dollars. His invited guest needed to only pay seven hundred. And after meeting Daniel Craig, I was up for that. I hadn’t been at first. I still had to pay airfare and accommodations the rest of the week. I already knew Michael wasn’t the hostel type.

Plus, I’d be out of commission for a week.

Gulp. Should I be so frivolous when, really, I should be hunting for work? 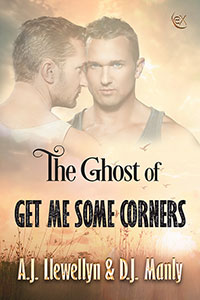 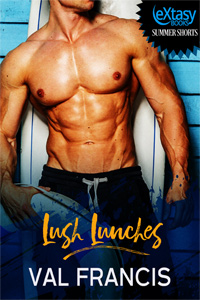 Upon the River Shore (MM)
Leona Bentley
In Shelf
$4.99
Tweets by
sirenbookstrand