The wonderful new romance from Dana James, is a tale of betrayal, infidelity and learning to rebuild.

When Beth married glaciologist Allan Bryce she believed nothing would ever come between them. But something did – another wife. Without waiting for explanations Beth fled, burying herself in work and determined to replace her shattered memories of their love with award-winning photographs. Two years on, meeting unexpectedly on an expedition in Iceland, Beth can't understand why his eyes are as cold as the landscape and his fury so bitter – for she had done nothing wrong.

Learn what it means to love to hard, miss to much and need to bad. Stunning, engrossing, romantic. 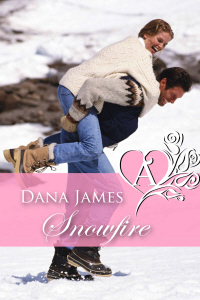