Experience the Human Cost of War!

The battle rages on in book two of the award-winning Defending the Future series. Witness sixteen accounts of hardcore military science fiction, from planetside combat to fleet actions up among the stars.

Praise for Breach The Hull, Book One in the Defending the Future series. Winner of the 2007 Dream Realm Award.

"There is more than enough great SF in Breach the Hull for any true fan of the genre, military or not." Will McDermott, author of Lasgun Wedding

"I enjoyed this book and heartily recommend it." Sam Tomaino, Space and Time Magazine

"Pick up Breach the Hull. You're sure to find stories that you like." David Sherman, author of the DemonTech series  and co-author of the Starfist series

"[Breach the Hull] kicks down the doors in a way that allows anyone access to the genre[ . . . ]it read like a bunch of soldiers sitting around swapping stories of the wars. Fun, fast-paced, and packed with action. I give it a thumbs up."

"[Breach the Hull] is worth the purchase. I normally don't partake of anthologies as a general rule . . . but Mike McPhail has done a great job in making me rethink this position." Peter Hodges, Reviewer

"Breach the Hull is full of excellent stories, no two of which are the same. While similar themes crop up throughout, each writer has managed to take the subgenre and make it his own." John Ottinger III, Grasping for the Wind Reviews

"A collection of military science fiction from a well mixed group of authors, both new and established. Found it a good source for some new authors to investigate."Tony Finan, Philly Geeks 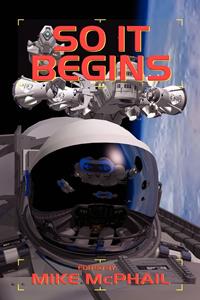