Julia Monteque is a former child star who’ll do anything for an upcoming part—a part worth killing for. When sleeping with the director doesn’t work, she turns to a new, deadlier approach. 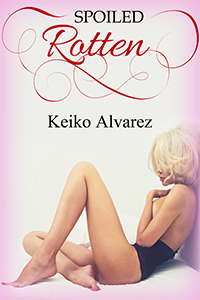 Jerry Waters smiled when he heard the soft knock on his office door. He had been waiting for this moment since he arrived at work. “Come in.”

Margie Talbot, a chubby fifty-year-old mother of two, walked in holding a newspaper and a Styrofoam cup. “I have your morning coffee,” she said. “And the latest copy of Variety. I want to see your reaction when you read the front page.”

Jerry knew exactly what to expect but, playing along with Margie, gasped excitedly when he unfolded the paper. “Why,” he said. “It’s all about me.”

“Yes, it is,” Margie said. “I can’t wait to hear who you select as the lead actress.”

“I haven’t decided yet,” Jerry said. “But you’ll be the third person I tell, right after the actress and her agent.”

“I’m on pins and needles.” Margie laughed as she exited Jerry’s office.

Jerry leaned back in his chair and started reading, his smile getting larger with each sentence.

Jerry Waters, the thirty-two year old wunderkind of TV productions, has finally received his second opportunity at directing a feature film. He has just been named director of Revenge Served Hot, a sexually charged psycho thriller that is sure to garner a NC-17 rating. Quite the opposite of his normal G-rated fare. If you’re not familiar with Waters’ body of work, think Spoiled Rotten, the incredibly successful, albeit vacuous TV show of twelve years ago. According to legend, Waters both conceptualized and financed the show at the ripe old age of twenty, taking him to the brink of bankruptcy. However, once it caught on, it had a four year run and made millionaires out of him and the major stars of the show, including Julia Monteque, the now forgotten star of the show who was the lead actress. It was Waters himself who ended the show saying that the stars were becoming too mature to be playing kids and, besides, he wanted to work in film, not TV. His first attempt was, regrettably, a follow up to Spoiled Rotten called Still Spoiled Rotten. It, too, starred Julia Monteque but by every measure of success it was a dismal failure, barely eking out a profit. That movie is credited with the rapid demise of poor Ms. Monteque.

Waters attracted attention, though, after releasing two other independent films that were both critically acclaimed and, if not box office monsters, made small profits and are now reaping in the revenue from streaming web sites. Waters will begin searching for a female lead for Revenge Served Hot today, saying that it must be someone who can portray an innocent who is transformed into a vicious murderer after being violently raped. “Whoever it is,” Waters said, “will have to make the audience believe that she is actually being raped and that, afterward, she has lost her mind.” Rest assured that Water’s bevy of former child stars will not be on the short list of female leads.