Everything is on track for Seventeen-year-old Lark Singer and her band Starlight. They have a great shot at winning the competition that can launch their musical career. But when Lark discovers they will be competing against her old nemesis Duane McIntyre things really heat up. How far will Lark go to win, and what will it cost her in the end? 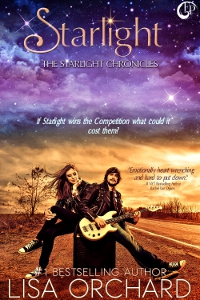