Bonnie Kaye, M.Ed. is an internationally acclaimed counseling expert and author in the field of straight/gay marriages. Her first Straight Wives: Shattered Lives book, released in 2006, received wonderful reviews from women around the world who felt connected to the 27 women from five different continents who told their stories about their marriages to a gay/bisexual husband. This new book explores the lives of 22 additional women who are part of Kaye’s support group from the United States, Canada, England, and Australia. Their heartbreaking stories tell about their marriages to gay/bisexual husbands and the debilitating effects that resulted when they learned the truth about why their marriages were failing. These stories tell how these women’s lives were shattered through unknowingly marrying a gay man and how they are finding the strength to make themselves whole again after this experience.

About the Author:
Bonnie Kaye is an internationally recognized relationship counselor/author in the field of straight/gay marriages. She has provided relationship counseling and advice for over 25 years to more than 70,000 women who have sexually dysfunctional husbands due to homosexuality, bisexuality, or sexual addictions. She is considered an authority in this field by other professionals and the media. Kaye has published seven books on straight/gay relationships, which have sold thousands of copies. Her website www.Gayhusbands.com has consistently remained in the number one position on Google, Yahoo, and other major search engines since its launching in 2000. When media contacts want an expert, they go to Bonnie Kaye who has more experience and expertise than any other person in the United States. Her official book website is located at www.BonnieKayeBooks.com. Kaye’s support network has over 7,000 women around the world who receive her free monthly newsletter. She also has online computer support chat twice a week as well as a weekly internet radio show on Sundays, Straight Wives Talk Show on www.Blogtalkradio.com that can be accessed 24/7 around the world. 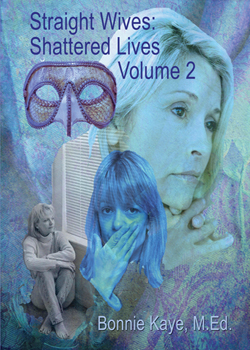 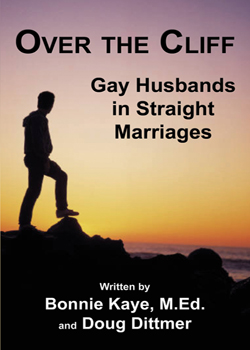