Candles burned everywhere throwing shadows around the room. In the corner stood a small round table with a brilliant crimson silk shawl draped over it. In the center of the table was a crystal globe. Sarah looked at Occala. Ocaala nodded. “I saw your arrival.” “This is crazy. I don’t believe in this crap.” Jessie waved his arm around causing a nearby candle flame to jump and flicker. Sarah smiled at him sadly and shook her head. Occala turned to Jessie. The black woman’s face was expressionless, her voice hypnotic. “Your refusal to deal with any reality other than your own has cost you much. And will again, for she will leave you. And if you refuse to follow, you will continue on your misplaced journey alone. Always touching briefly on the other, but never together, except for brief moments when the fragile fabric of time shatters to allow temporary passage.” Jessie felt a chill. What was the old hag talking about? Sarah wasn’t going anywhere without him. He’d make damn sure of that. The tension in the room thickened as the smoke from the candles grew and danced around them. 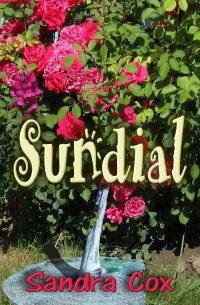