Penny, a seductive divorcee, will stop at nothing until she gets what she wants. What Penny wants seems to change as often as her many wild moods. After a number of failed relationships, Penny thinks she has found the one man who will fall easily into her well devised trap. This is a man who is unfamiliar with the manipulations that Penny has perfected over the years. 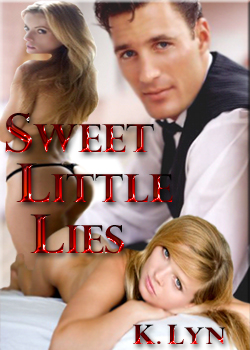 Donovan’s eyes went from Penny’s face to her breasts, and all the way down, as he could see the outline of Penny’s naked form beneath the negligee. Penny watched his eyes and she smiled at herself. This was going to be easier than she had expected.

********
Penny slid her arm around Donovan so that he could not leave.

Penny kissed Donovan’s beautiful lips, and ran her foot along his leg. Donovan was naked and Penny could tell that he was more than ready for a woman.

Donovan held Penny’s arm and tried to stop her. “Penny, we cannot…”

Penny kissed him again, and his body grew weak under the woman’s touch. Penny gently touched his face. “Have you ever been with a woman?”

********
Penny had not missed the look in Donovan’s eyes as he watched her lick the rim of the glass. She set her glass down and took Donovan by the hand. “Come with me.”

Penny led Donovan down the hallway, past bedroom after bedroom, until she came to the end and to the master bedroom. She turned to Donovan, and he nodded as if to say that it was okay. She led him to the bed and told him to sit. She pushed him back and kissed him, and he pulled her onto him. Penny could feel the heat between them and there was no mistaking the hardness between them either.

********
“You can’t have us both, you know. You wouldn’t want people to know that you were seeing me way out there in my rundown country home while you were preaching morality to them, now would you?”

Donovan was not only new to sex with a woman, but he was also new to the manipulative ways of a woman. He was certain that he had not misunderstood Penny’s threat. It was a threat, was it not?

“No, Penny, I would not want that, but there is no other way.”

“There is one way, Donovan.”

Doctor is in, in, IN
K. Lyn
In Shelf
$0.99
Tweets by
sirenbookstrand