Wilkes-Barre’s cohesive Welsh community is a haven of Protestant values and mutual support. It is also a hornet’s nest of gossip. Neither a canary’s death nor a girl’s fall from grace escapes the locals' chatter so when unwed Catherine Jones becomes pregnant, she is quietly sent to a shelter for unwed mothers and her baby put up for adoption.

Years later, she and her sister start their lives fresh in Philadelphia where opportunities are becoming available in wartime America. She meets a couple who befriend her, getting her a job in a defense plant and an opportunity to attend art school. This is not an easy path for a woman, but the doors begin to open on a political cartooning career, while a complicated love finds her. 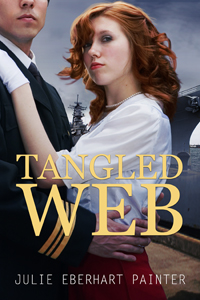 An entire day passed before Catherine was told her labor was short for a first baby. She couldn’t tell it by the way she felt, ripped limb from limb and deflated. She had slept the day away, they said. Nausea overtook her, and she turned to vomit into the blue, kidney-shaped dish. She didn’t know which was worse: the throwing up or the now-gone pain, replaced by an aching heart.

Later, she remembered waking and feeling that her stomach was dancing, then she was under again. When she was fully awake, she was still slightly nauseated and her mouth sour with a chemical taste to it. They said it was from the ether, too much for someone who wasn’t used to it. Who was used to it, she wondered? The caseworker came in to see her the following morning.

“It’s a little girl, ‘Annie’. We need a name for the birth certificate.”

“Anything. I don’t care!” Catherine sighed, looking at the woman through a haze of exhaustion. “Make up something,” she whispered, her energy spent. She reached for the bowl and retched.

“You have to do it yourself. It’s the law. Do you want to look at her? It might help you decide.”

“No. I’m not keeping her. Any name will do. Her family will rename her anyway. Just take her... there... to them.”

“That’s the ether talking,” the nurse explained, washing out her bowl and returning it to the side of the bed.

“Just sign these surrender papers,” the caseworker said cheerfully. “You can think of a name before you leave the hospital.”

She overheard the nurses talking later. It seemed that her roommate Martha had died of blood poisoning a day after she was brought in.

Catherine named her healthy girl Mildred O’Brien. Mildred, because it was an ugly enough name that the new parents would definitely change it, and O’Brien to lower the boom on Jack if he ever found out. Catherine went home, her arms empty and her life in disarray.