Andrea Dixon has no idea that her life is about to change forever. The pregnant, soon-to-be mother awakes one summer morning and heads out the door for her daily run, but, before she can make it back home, she is brutally attacked. After her assault, and after losing her unborn child, Andrea and her husband, Tom, feel powerless, until Tom decides to practice vigilante justice and retaliate against the man who killed his daughter and raped his wife.

Will Tom get away with his retribution? Will Andrea lose her husband in addition to her daughter? And, most importantly, is it possible for a parent to recover from the loss of a child?

Publisher note: This book contains graphic references to rape in context with the story as part of a healing journey for the character, which some readers may find upsetting. In addition, the story contains faith references and racial epithets within context. 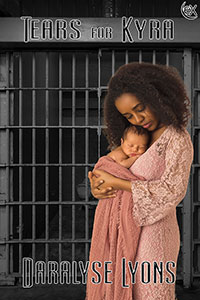 I woke that summer morning as usual—utterly oblivious to the fact that my life was about to change forever—and slid out of my bed. I slipped out of my silky blue lace nightgown and my white cotton underwear. I walked to the full-length mirror in the corner. Staring at my naked figure, I ran my hands over my small stomach. Only a few months before, it had been firm and flat. Now that I was almost six months pregnant, my stomach had softened and bulged slightly. I smiled. I had only gained about ten or fifteen pounds during my pregnancy, and, although I still had two more months to go, I was confident I would not gain too much more. I was an avid runner and a disinterested eater. Pregnancy had done little to change that.

I slithered into my running clothes—a pair of spandex shorts and a cute white t-shirt with the word Happy written on it—and my sneakers, then dashed out the door. I began my workout the same way I always did, walking briskly for the first ten minutes to warm up. When I reached the lake, I broke into a run. The wind gently caressed my face, my body, making the overwhelming heat seem almost bearable. I found myself running faster, running as if I hadn’t a care in the world.

It had rained the night before. A thin mist settled over everything, the clear dew of nature’s perspiration gathered on the grass and flowers, like teardrops on roses. It was as if I were flying. Free and careless. Alive. My thoughts turned to the baby in my belly, as they often did. It struck me as miraculous that a little person was growing inside me. Lost in thought, my mind and my legs racing equally fast, I was oblivious to the world.

Then, all of a sudden, an engine revved behind me. I turned to see a red pickup truck start up about forty feet away. I didn’t think anything of it and kept running just as before, unaware of my surroundings. I looked up at the loud, resounding laugh as it bellowed me out of my reverie into the sweaty, stark reality of the moment. The sound was coming from my right. As I turned toward the red pickup again, I noticed two men in the front seat. The brown-haired one laughed again.

“No thanks.” I kept running.

It was then that I noticed they were drunk, and I got scared. It was early in the morning, the roads were deserted, and two drunken rednecks were leering at me. I picked up my pace.

“Lay off, Bob. We’s just fixin’ ta have a little fun. You a half-nigger, ain’t ya?” Jeff asked, turning his gaze toward me.

I was boiling mad. I come from Greenwich, Connecticut, and, in those days, I lived in New York City where acceptance and tolerance radiated from every corner. I had never been called a nigger in my life.

“I am half African-American, if that’s what you’re asking.” I took a deep breath. Forced myself to remain calm. I don’t know why I engaged him in conversation. I guess I couldn’t stop myself. Racism—among all the rest of the -isms—gets under my skin.

“Ya know, I’ve never fucked no nigger before,” he said. “And no half-nigger either.”

I slowed my pace to a steady jog. “Well, we fuck just the same as white women do, I suppose.” I sounded cool and collected. Really, I was terrified—scared shitless as the saying goes.

He ignored me, turned to Bob, and asked, “You ever fucked a half-nigger ’fore?”

Bob chuckled nervously. Jeff’s sidekick looked about as scared as I was.

“No, never fucked any women but white women,” he admitted. “Like she said, though, they most likely fuck the same. Let’s go.”

As he said this, I turned and ran as quickly as I could toward home. Glancing over my shoulder, I could see that the two men had gotten out of the truck. They, too, were running. Even pregnant, I was faster than they were. My legs propelled me forward. Despite my terror, I felt sure I could outrun my drunken pursuers. Still, I wasn’t taking any chances, especially not with a baby on board. I dashed, screaming, in the direction from whence I’d come. I was fast. Hoped, desperately, that I’d be fast enough.

Something hard hit my head. A bottle. Cold, wet beer and broken glass trickled down my face. The ground rushed up toward me. Or maybe it was my body which rushed down toward the ground. Whatever the case, my head was pounded as I crumpled onto the grass. The dewy blades kissed my face. I caught a whiff of fragrant greenery.

The two men dragged me across the ground, pulling me roughly toward the deserted area of woods just a few yards away from the road.

I screamed for my husband, my baby, my father, and God. Somehow, in all the mess and misery, I remembered God and called on Him while they raped me—one, then the other. Hard. So hard I bled. Over and over again, I silently asked Him to help me. When they kicked and beat and tore at my body, until my blood flowed like tears, I asked the Lord to make them stop. While they poured beer on my open wounds, pissed on my naked, ravaged flesh, and let their semen dribble into me, into the place where only my husband’s penis had been before, I cried out Jehovah’s name. And when they tied my naked, bloody, fluid-soaked body to a tree and left me there broken to die, I wondered where the fuck He was.

Where the fuck is God?