Cate Archer is a wanted woman. When her father is killed during peace negotiations with the young King Richard, Cate vows she will not rest until she sees her father’s murder avenged and his killer brought to his knees. She never imagined she would fall in love with the man sent to execute her death warrant.

Viscount Owen Grey has only one task—bring in the rebel leaders, dead or alive. His life’s duty is to the King’s Guard, and he has certain expectations to fulfill. Falling for his prisoner isn’t one of them. He understands her cause, but he cannot bring himself to risk his position and honor for an outlaw. Owen must choose between duty and his heart. The Guard is all he’s ever known. Does he stay true to his oath or find himself on the next most wanted list alongside his Cate? 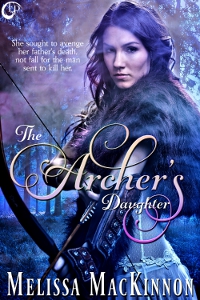