The Baby’s Cross is a memoir about a tuberculosis survivor named Gale, a young girl who fought many obstacles in her life. She was born prematurely and with the help of a neighbor, she survived. At age two, a fall down the stairs was to take her life in a direction that seemed almost impossible to endure at the time. The losses in her life were many, including her mother, many other family members, and the loss of a normal childhood.
C. Gale Perkins was hospitalized for twelve years at the Lakeville State Sanatorium in Lakeville, Massachusetts with tuberculosis of the bone, which she contracted at the age of three. Gale tells about her experiences while in the hospital during her twelve years at the sanatorium, including when she was paralyzed from the waist down for two of these years due to an operation that went badly.
Gale feels that the experiences she had were ones that shaped her life into one of determination, compassion, faith, love and accomplishments. The story includes many miracles that she has experienced in her lifetime, miracles that have reinforced her spiritual beliefs. The real story behind Gale’s fall down the stairs became clear to her while she was driving along the highway. This is a true story of a young girl’s struggle to stay alive, and it will touch the readers’ hearts.

About the Author:
C. Gale Perkins was born in Boston. She spent twelve years in Lakeville State Sanatorium in Massachusetts from age three to fifteen. She is proud of being a tuberculosis survivor and a person with a strong faith. Gale believes that the experiences she had as a child have made her the person she is today. She is warm, loving, compassionate, and has a great sense of humor. She loves people and looks for the good in everyone. Gale believes in the saying, “When life gives you lemons, make lemonade.”
She has three children and several grandchildren. She worked as director of occupational therapy in a private hospital for twenty-six years. She loves people and flowers. Gale is proud of the article she had published in the O.T. Advanced magazine in which she was a contest winner. She also had an article published in the World Clown magazine, Clowning Around. She has performed as a professional clown for several years, and loves it. Gale feels very thankful for what life has given her and she looks forward to many new adventures. She lives in Groveland, Massachusetts in the summer and Tarpon Springs, Florida in the winter. She says she has the best of two worlds. Her late husband encouraged her to write her life story, she says, “I have kept my promise to him.” 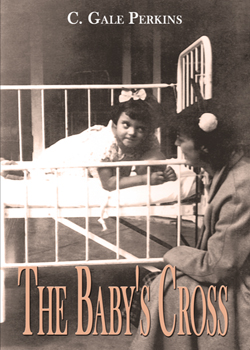