The Bait in the Trap

Chloe Anthony is firmly under the spell of Julian d’Alveda and loving every minute of it, even as he draws her into the recreation of satanic rituals once held at the rambling old Norfolk mansion, Candle Street Hall. Nor is Julian the only one with his eye on Chloe, as the lady of the house, Vanessa Aylsham, has her own plans, which may not be quite as bizarre but are distinctly cruel. 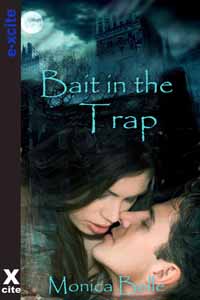 The Bait in the Trap