Double the choice, but just as hard to find true love.

Three tales of men who’ve played both sides of the blanket until they fall in love.

THE GROOM CLOSET Richard Flanagan receives an invitation to his estranged daughter’s wedding while he still pines for his dead lover. He hopes that when he gets back to his old home town, he can reignite a passion with one of his old college jock mates—if they’re still amenable.

SUMMER AT RAINBOW COVE Ty Cody is one of the hottest straight studs in town, and no one knows that more than his girlfriend, Tina. She also knows he has a wandering eye. When her father decides that she spend the ten-week summer break with the family in Europe—no boyfriends allowed—she hatches a scheme that will stop Ty from playing around while she’s away. She gets him a job at a gay resort.

LOVE WITH A SIDE ORDER OF PELICANS Single dad, Travis Black, takes his young daughter, Penny, to see the feeding of the pelicans, where they are befriended by town vet, Spike Donovan. While it’s love at first sight between Penny and the pelicans, it’s Travis who feels a strange attraction to the Pelican Whisperer. 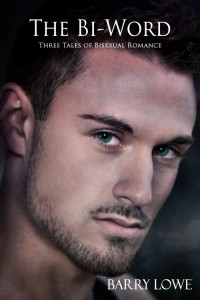 We’d met in a bar. I was going stir crazy at home and thought a little friendly bar chatter would help ease me back into the gay gene pool. It was five months since the big event and I had mentally given myself a year to shake off the blues. Not that I would ever forget Jake, but life did have to go on and I didn’t want to be a miserable moping bastard to my friends. I’d neglected them of late because there was always that inevitable question, “How are you coping?” Much less now because you’ve made me think about it, thanks for asking. They, and their questions, were a constant reminder, and a constant irritation, of what I was missing. I preferred the company of strangers who had no knowledge and even less interest in my past. The contact was momentary: all we cared about was achieving orgasm. The fleeting physical intimacy was one step up from masturbation.

The young man said his name was John, but he was obviously lying. I told him truthfully my name was Richard. On the few occasions I used his name he looked at me as if he had no idea to whom I was referring. After that, I skipped using his pseudonym. He was going to be just another short-lived substitute for Jake; one that I could hug and kiss for warmth and that gooey feeling that comes with holding another human being close.

He said he was in town for a weekend conference. From where he came I had no idea. He was skimpy on detail and I was not about to question him as he became skittish if my curiosity got the better of me. He obviously had something to hide, although he was not wearing a wedding ring. I guessed he was so far in the back of the closet he was in Narnia. Perhaps he escaped to the city from wherever he came on a regular basis to quench his gay desire. I didn’t mind being one in a line of however many or few.

His conference, however, seemed the farthest thing from his mind when we awoke on Saturday morning. He was the first man who had stayed the night. Normally, they blew a load (or two) and left. John stayed. In fact, John stayed the entire weekend. We never left the house. I made breakfast and dinner when we felt peckish, but most of the time we screwed: in the bedroom, in the living room, in the kitchen, in the bathroom – in fact, the only room I think we missed was the garage and that only because there was no room to maneuver around my SUV.

I’d never felt as comfortable around another man as I did around John. Except around Jake.