Amber is expecting her worst Christmas ever, coming shortly after her boyfriend dumped her. But thanks to a Christmas present with a difference from her best friend Zara, before long Amber is thinking that perhaps being dumped isn't so bad at all. And as New Year arrives, she gets a chance to prove it to herself...

When Kay's girlfriend Shannon tells her she's found a new job, Kay has no idea what it is. She certainly doesn't expect to find Shannon dressed as a sexy Santa, fulfilling wishes for good and naughty 'girls' alike – but Kay's not complaining...

Forgetting to buy a Christmas pudding to serve to your guests may not sound like the best way to romance, but when Emily Dubberley's narrator rushes out on Christmas morning to find the perfect pud, she finds the perfect man instead! And pud or no pud, her friends may be waiting a long time for that meal!

Kate's always believed her long-standing flirtation with her colleague Dave to be entirely innocent. But as Christmas approaches, he seems to want it to be a lot more than that – and to her own shock, Kate is beginning to realise that so does she.

Sandra knows about eighteen year old boys. She's the mother of one, after all. But her son's friend Jake seems to think of her in a totally different light – lover, not mother. And 'stuffing the turkey' turns out to have a very different meaning this Christmas! 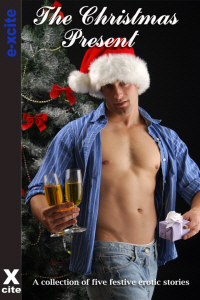