The future is now. It is here.

After the tragic death of his wife, Andrea, Donovan orders an android to take her place from Robotics R Us. The memories he must use to program the unit soon travel down an unexpected path as he dreams of Josie, his first love. After much deliberation, he saves her memories to a SIM card and inserts it into the android, uncertain of what might happen. He soon finds himself both ensnared and intrigued at the results as the story races to a climax that has an all too typical ending in the clash between man and machines. Who will win? 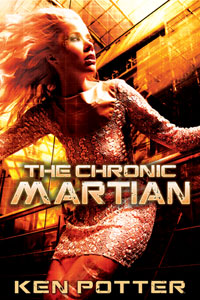 Later, Donovan sits at the desk in the spare bedroom he made into an office and studies the manual. Soon, he sets it aside, carefully unfolds the packing and stares down at the android, taking in the features; the blonde hair, the almost invisible mole below the lip. The mouth, pink lipped, is set like a China doll. The skin is white as fresh milk. His heart races like a beating drum. Andrea, he thinks. It is a perfect replica. He moves the hair away and searches for the small button behind the earlobe. A slot underneath opens like a long gaping wound seconds before the blood flows if it were a human. Donovan inserts the Basic SIM card and when the slot closes, he hears a soft whir like machinery starting and then the subtle click of relays latching. A low hum of energy exudes from the box that he feels more than hears. The eyes that suddenly open are blue as a robin’s egg. The machine lies on its back inside the box motionless as they take each other in.

The android looks up at the ceiling with mechanical curiosity. Then its eyes find Donovan’s and settle there with a logical certainty.

The future is now. It is here.