Paul Sanderson, a thoroughgoing young Victorian gentleman, is having a high old time with a regiment of Don Cossacks, fighting, raping, pillaging and burning in the time-honored manner, when he is recalled to England to inherit a dukedom. Soon he is on his travels again, this time to the Territory of New Mexico where the old Duke had bought but never taken up the Three Barbs ranch.
Unfortunately, Paul is not the only person who is interested in that particular piece of real estate, and he soon learns that a land-hungry railroad tycoon wants to have him killed to possess it.
What happens when Paul meets the daughter of his would-be assassin on a wolf-infested mountain, starts a chain of horrific events that will keep the reader on the edge of his chair right up to the startling climax.

About the Author:
Lester Taube was born of Russian and Lithuanian immigrants in Trenton, New Jersey. He began soldiering in a horse artillery regiment while in his teens, where in four years he rose from the grade of private to the exalted rank of private first class. During World War II, he became an infantry platoon leader and participated in operations in the Bismarck Archipelago, was attached to the 3rd Marines for action on Iwo Jima, and finally combat on Okinawa, the last battle of the war.
After leaving the army and recuperating from wounds and malaria, he became general manager of a 400 employee electronic company in California, manager of a 450 employee paper stock company in Pennsylvania, and finally opened a logging and pulpwood cutting operation in Canada.
Called back to duty during the Korea Police Action, he served as an advisor to the Turkish army, then as an intelligence officer and company commander in Korea. During the Vietnam period, he was stationed in France and Germany as a general staff officer working in intelligence and war plans.
Prior to retirement as a full colonel, he moved to a small village in the mountains of North Tyrol, Austria, and kept a boat for five years on the Côte d’Azur, France. He began writing novels while in France, and after producing four books, which were published in a number of countries, and selling two for motion pictures, he stopped - “as there was heavy soldiering to do and children to raise”.
Returning to the U.S. after 13 years overseas, he worked as an economic development specialist for the State of New Jersey helping companies move to New Jersey or expand therein. He has four children, all born in different countries. 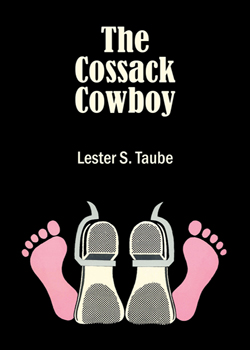