Cull is a man with no memory of his past. Something draws him forward, toward the supernatural, toward answers. The paranormal holds the key to his past, and possibly his future if he can survive the creatures he hunts. 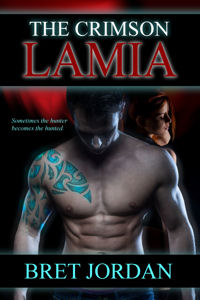 The Doux Auberge. Cull read the sign again, then gave the hotel a hard look through the windshield of his Mustang. He shook his head in wonder. The name sounded fancy, The Doux Auberge, French for something, but it still looked like a Dew Drop Inn. Fifty years ago the hotel had probably been top of the line. A five-star establishment. Unfortunately, it looked like the maintenance guy quit about thirty years ago, and they never found a replacement. For starters, the sign, which may have once lit the night up in neon of a color Cull could only guess at, now sat dull, faded, and half covered in bird manure. The place had that squat brick look that only something built in the sixties can have. The only thing breaking up the Lego-like monotony were the cracks that slithered up the wall of every third room or so, and the water stains darkening the crap-colored bricks. He sat a good way from any of the rooms, but even from his car he could see the paint peeling off doors that once shined with every color of the rainbow, but over the years had grown as faded as The Doux Auberge's sign. How the place had survived Hurricane Ike or Katrina was anyone's guess.

Cull shifted his gaze to the lobby. The green double doors weren't in much better condition than the ones on the rooms. Through a vertical window, he could see the front desk guy as he leaned against a wall punching text into his phone. Even through his windshield, and the smudged glass next to the lobby doors Cull could tell that the guy could use a visit from Head and Shoulders.

Seedy motels were nothing new to Cull; it came with the occupation, but even he had standards. Low as they might be, he still had them. The Doux Auberge crawled just below what he would normally pick, and he wouldn't be there if it weren't for the Calling.

Yeah, the Calling is what he called that feeling that drew him forward. It beckoned him like a moth to light, and Crowley, Louisiana was a bug zapper that he just couldn’t ignore. A compass in his head gave him the general direction of where he needed to be, and…what…a sixth sense told him approximately how far that flame was. When a Calling came, he could just about pull out a road map and point to his destination. It stayed in his mind like an itch he couldn’t scratch until he arrived at the location. So, he’d made it to Crowley, and no more itch, at least for now.