People say there is magic in Yosemite's high sequoia groves. Judi doesn't really believe it. And neither does Chris, a park ranger assigned to the Mariposa Groves. Not until the inexplicable happens. Until strange events catch them up and carry them away in a sizzling cloud that can only be described as…magic! 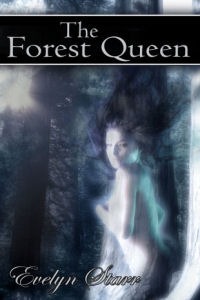 It took Chris a couple of minutes to pull himself together…minutes during which he simply sat, gripping the steering wheel with a force damn-near strong enough to crush the sturdy plastic into a crazed, misshapen oval. Thanking his lucky stars the highway through this part of the park had been closed to traffic a long time ago, and thanking those very selfsame stars no untimely tour tram came lumbering up around the bend. Because they were skewed almost sideways. Taking up the better part of both lanes.
“Chris, what is it?”
He couldn't answer.
It took everything he had to urge his heart to calm itself and steady its sudden, increasingly erratic pounding. After the sick and choking, in no small way painful galloping lurch it had suffered a second or two before, that wasn't an easy thing to do.
And his stomach felt a little disoriented, too. Like somebody had kicked it. Not hard, but right in the solar plexus…right where even a mildly moderate kick could have plenty of effect.
He'd started to sweat again. Not like before. Not in a way that went along with the first prickling of interest down there between his legs. This time the outbreak of sweat was clammy. Accompanied by a curious lightness somewhere else, deep in his gut. A sudden and just about irresistible need to rush straight back to the top of the hill, and spend some quality time in the men's room there.
“What is it?”
Jesus. She deserved an answer…an explanation.
The problem was, he still couldn't find the strength for one.
“My God! Are you having some kind of attack, or…or…something?”
Coughing a little, he shook his head.
“Was it something I said?”
Of course it was.
Chris eased his crushing grip on the steering wheel. He eased an unsteady foot off the brake very, very carefully, since it was shaking about as badly as all the rest of him. And he didn't have much voluntary control over what it did. How it did it.
Still more carefully, he bumped the accelerator with his toe to send them cruising gently, slowly, down the hill, toward a new destination. He hadn't anticipated it when they'd set off from the upper grove a few minutes before, hadn't even thought of it when they'd been getting into the truck, and the world had still been relatively stable on its axis. Though he had to admit the emergence of this new destination didn't surprise him all that much, given recent events and his own recent, all but irresistible compulsions.
“I have to show you,” he managed to quaver out after a moment or two.
“Show me? What?”
Judi sat sideways in her seat. She sat with one long and delectably tanned leg folded partially beneath her. She sat leaning forward a little as she asked her questions, the swell of her breasts growing heavier and more pronounced against the front of her bright yellow T-shirt. Its color lit up the already golden shine of her face. Turned the swaying curtain of long blond hair that slipped down one of its sides an even brighter hue…an even more enticing hue.
“You've really never been to Yosemite before?” he inquired in a much more reliable voice.
She shook her magnificent head.
Making the platinum-pale curtain of hair sway more.
His cock tightened.
His gut, too.
Meant to be…the voice inside his head murmured.