The Game Master of Somerville

Unable to resist a mystery, Jerry uncovers an on-line gaming site referring to a ‘secret place’ for young people who feel they don’t fit in and a game master who promises them a world where they will belong. When the daily news headline reads, “Pritchett, James (31), Murderer, Escapes from Prison,” Jerry’s mind begins to race, and after a bit of research, he finds more about the elusive Mr. Pritchett. Guilty of murdering the Watts family, he escaped prison and was last seen not far from the city of Somerville. But is the escaped prisoner the game master? 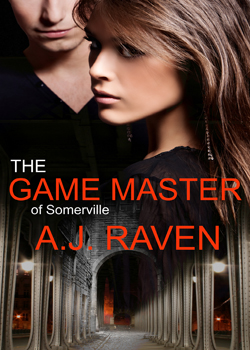 The Game Master of Somerville

“What’s this game?” I pointed at the name, “The Clash of Magic and Swords?”

“Beats me,” said Justin. Nick shook his head as well.

“It’s an on-line multi-player strategy game,” said Kate. “It has a lot of fantasy elements in it.”

He was right. “Look for something else,” I said. I wanted to find something important on Will’s laptop, something that would give us a hint about who had taken him or if he was in contact with someone.

There were pages where Will talked about going out on his own and finding a ‘secret place’ to share with his friends, especially Stephen. I read one of the entries to myself. It was written about six months ago. “I wish I could find a place, a place I could call my own. I would be surrounded by my friends and we would play as long as we wanted. Maybe someday I’ll find it and then I’ll go there.” I read the rest of the pages. William sounded obsessed with finding his own ‘secret place.’ I read an entry that was made a month ago. “I think I’ve found it. Stephen and I came to know about it around the same time. I can’t wait to go there. He said he’ll take both of us. I’m so excited. We are Orphans of the World!”

“Who’s he?” I asked myself. At first I thought it was Stephen, but re-reading the last line again told me there was a third person involved.

*****
“A Clash of Magic and Swords,” she answered enthusiastically. “I made a lot of friends through this. Have you heard of it?” she asked.

“No…I…” and then I remembered. I had seen the game in both Stephen’s and Will’s history when I was in their rooms. Stephen played the game on his laptop while Will played it on his desktop computer. My mind felt as if it was trying to tell me something but I couldn’t make out what.

“Can you find out how many people in Somerville play this game?” I asked.

Ana nodded at me. “The game has all kinds of stats in it,” she said. “You can know more about the game from here,” she answered, opening a menu for me.

“Thanks,” I said. I looked at the menu in front of me. It had all sorts of information. The final version of the game was made available to the public six months ago. According to the statistics, Ana’s profile showed more than a hundred players from Somerville. There was also a list of different teams or guilds players could join.

My eyes noticed the guild named “Orphans Of The World.”

“We do not belong here. Our place is below the sun and moon. Those of you who wish to join, come open the circle to our world.”