The Girl in the Picture

Have you ever wondered about the one that got away? Is there someone in your past that you think may have been the one? Hindsight is 20/20, or so the saying goes. This is a bittersweet story of such a love. A young couple meet in high school, and years later, wonder what if? What if he or she was the one? Does everyone have just one soul mate? Is there such a thing as fate, really? Can we go back and pick up where we left off? Perhaps Thomas Wolfe was right, and we truly cannot go home again. 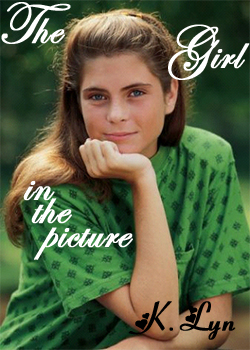 The Girl in the Picture

Todd awoke early and looked around him. What the fuck am I doing? he asked himself. Today was Todd’s wedding day. He reached over and picked up his wallet from the nightstand. He pulled out the picture that he had kept in his wallet for the past three years. Todd looked at the picture of the girl he had loved for over three years now. He couldn’t remember when he had first known that he had loved her, but he knew that he did love her.

When Hank and Todd were seniors, and Brenda a junior, Todd thought that he finally had a chance to win Brenda’s heart. Hank had graduated midterm and moved about a hundred and fifty miles away to attend college. Hank and Brenda had broken up shortly before Christmas of that year, and Todd had been waiting patiently for Hank to be gone for certain. It wasn’t that Todd was afraid to ask Brenda out until Hank had been gone. Todd waited more out of self-preservation than anything else. He had witnessed too many fights between Hank and Brenda and, more importantly, too many getting-back-together times between Hank and Brenda. It would have killed Todd if he had been loved by Brenda and then had lost her.

As Todd continued to stare at the girl in the picture, he thought about that one last weekend that Hank had been in high school, which was just a few days before he had left for college. It was a Friday night, and Todd and Hank were out driving around the small town where the three of them had lived. Not much was going on this Friday night. Hank and Todd had driven past a friend of theirs, and Hank had turned to Todd, and said, “Hey, look, it’s Dan. He’s got a date. Who is it?” Todd was driving, but couldn’t see who the girl was in Dan’s car. It was January and the streets were covered with snow. The car windows were fogged over and it was difficult to see in the dark. After a few times of driving by their friend, Dan, and his date, Hank asked Todd again, “Who’s the girl with Dan?” And then it happened. Todd saw the girl’s face. He turned to Hank, and said, “You don’t want to know.” Hank craned his neck to see the girl. “It’s Brenda,” he said, and instantly his hot temper flared. Todd nodded, and acted like he was upset for his friend, Hank, who was seeing his ex-girlfriend with another guy for the first time. But secretly, Todd was thrilled. He knew that Dan and Brenda weren’t “together.” Todd knew that they were just having a night of fun. Todd was thrilled, too, because seeing Brenda with Dan indicated two things about Brenda. She had moved on and was “over” Hank, and she also wasn’t ready to get serious with anyone, yet, because Dan was not the kind of guy who ever got serious. Things were looking very good for Todd at this point.

Brenda said nothing, but continued to stare at Todd. Todd didn’t move, but was thinking that he was going to take a punch from Brenda at any moment.

“You were so close to me at that moment, Brenda. Our lips were closer then than they had ever been. I should have pulled you to me and told you how I felt about you right then, and never let you go until I had shown you the passion in my kiss and in my entire being,” Todd said, to the girl in the picture.