The Kiss of Angels

What happens when Cupid falls in love with the Angel of Death?

The human notion of Cupid as a sweet cherub who only works on Valentine’s Day couldn’t be further from the truth. The real entity humans call “Cupid” is actually an angel named Muriel who works tirelessly all year round matching up soul mates at the behest of a higher power.

Muriel is a sharp shooter on a mission and her arrow always hits its mark.

But she’s grown tired over the centuries of delivering romance to everyone else while secretly longing for someone to call her own. The problem is, angels aren’t allowed to fall in love. As her friend, Jariel, often reminds her, angels don’t even have bodies, so what would be the point?

Muriel knows her arrows are only meant for the lucky race of humans, who can experience such delicious emotions as love and lust and passion. But when she crosses paths with Chariel, who just happens to be the Angel of Death, she finally gets her wish, and discovers how the sting of Cupid’s arrow can make anyone—even angels—do anything for love. 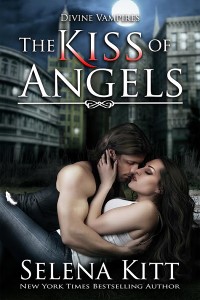 The Kiss of Angels 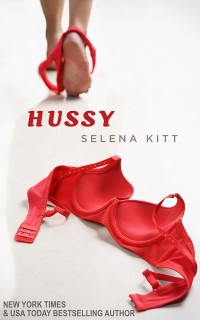 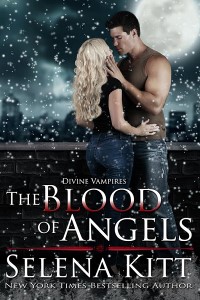 The Blood of Angels: Divine Vampires
Selena Kitt
In Shelf
$3.99