Juliet Banks had everything she wanted in her overseas love. When a terrible accident takes him away from her, she knows her chance at love has been lost forever. That is, until she meets Hayden.

Hayden Noble is a light in the darkness that has seemed to shroud Juliet since losing the man she loved. He’s gorgeous, funny, and sets her on fire with just a look. In her grief, she agonizes over whether she should give him a chance to teach her how to move on.

As their relationship deepens, a secret is revealed, one that could very well destroy all that Juliet has worked to move past. Can Juliet’s heart be mended, or will her second chance at love end in more heartbreak? 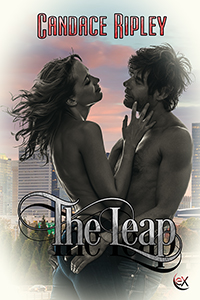 I sat behind my computer tapping my pen against the desk as I stared the clock down. Two more hours and I’d be going home. Henson and Clarke Enterprises wasn’t the worst place to be, but it was monotonous. Every weekday from nine to five I plugged in information and crunched numbers. I knew I was lucky I’d even gotten this job, so I tried to suck it up and power through, but today I found myself drifting. I could think of nothing other than getting home and talking to Drake.

Drake Reed was a gorgeous blond with clear green eyes and a perfect smile. I’d met him online a year ago on a message board for long-distance pen pals. We started off as friends, but it quickly grew into something more. We sent each other long letters, sent messages, video chatted, and even talked on the phone on occasion. I live in Glass Rock, North Carolina, and he lives in London, so the long-distance calling was a problem occasionally, but it was a nice treat whenever I got to hear his voice. That charming accent was more than I could handle even on my best days.

It was November now, just before Thanksgiving, and Drake was planning his first ever trip to America. In three short days he’d be coming to stay with me, and it went without saying that I was as nervous as I was excited. I’d envisioned our first meeting a million times in a million different ways, but I knew my imagination wouldn’t compare to the real thing.

“Juliet, do you have that file prepared for me?”

I looked up at the sound of my name to see my manager, Carter Dunlap, standing over me.

“Oh, right, the file. Yes, I sent it to your email about ten minutes ago,” I answered with a polite smile. Carter made me a little…uncomfortable. He was attractive physically, with chestnut-brown hair, sky-blue eyes, and a trim frame, but he tried to use those features to get away with murder. As beautiful as he was from the outside, he was twisted, dark, and ugly on the inside. He often flirted with the women in the office, bordering on harassment. I was no exception. In fact, it was well known that he came at me the hardest.

“Perfect. Thanks, beautiful.” He winked and leaned in closer. “Any plans tonight?”

“Yes, I’m, uh, meeting with my boyfriend,” I partially lied. I wouldn’t actually be meeting with Drake yet, but I would be spending my night talking with him.

“Right, well, call me when you change your mind.” He gave me a lingering smirk before straightening up and moving away.

A shiver of revulsion crawled its way through my body as I watched him prowl with unearned confidence through the office. I don’t think it was an exaggeration to say every woman in the office longed for the day he was promoted to a different department or flat-out fired for being unprofessional. I didn’t care which it was, as long as he left me alone.

I pulled in a breath and got back to work, trying not to think about Drake or how much I hated working for Carter. By the time five o’clock rolled around, I was shutting my computer off and scooping up my bag. Riding the elevator to the bottom floor, I punched in a text to Drake to let him know I was off work and heading home.

I was hurrying across the marble floor of the lobby when my name was called out. I turned to see my best friend, Morgan, shuffling toward me. Morgan worked one floor up from me, so we didn’t really see much of each other during the work day, but occasionally we were able to catch each other as we were leaving or we’d go out for drinks. Tonight, though, I was in a hurry to get home.

Morgan caught up with me and hugged me tightly. “Glad I caught you. What do you say to drinks down at the Harbinger tonight?”

“Can’t, sorry. I have some things to do before Drake comes in,” I said apologetically.

“He won’t be here for three more days, Juliet. And then I won’t see you again until after Thanksgiving. Please? One last hurrah before the holidays.”

I chewed my lip. It was true that I wouldn’t see her once Drake was in town. He was staying for a week, and I’d used all my vacation time to take that week off to spend the whole time with him.

She linked her elbow through mine and steered me toward the front doors of H&C Enterprises.

The Harbinger was a three-minute walk from H&C Enterprises, so it was a popular spot for employees after the long day was over. We sank down onto stools at the bar, and a bartender came up to take our drink orders.

“I’ll have a Manhattan,” I told him after Morgan gave her order.

She side-eyed me and waited until the bartender turned away saying, “Skipping right to the hard stuff tonight?”

“It’s been a long day.” I sighed and rubbed my temples. My files had piled up before me, and I knew I had a long day ahead of me tomorrow as well.

I shot her a what do you think look.

She snorted. “You have to admit the man has a great ass.”

“I can admit that he’s a huge ass,” I grumbled. Morgan didn’t have to deal with him, so she didn’t understand just how bad being around him could be. She didn’t have to endure his wandering gaze or his offhand comments. He hadn’t actually done anything yet as far as anyone knew, so no one in the office felt comfortable taking his behavior to a senior board member.