The Light of Day

From the day 19-year-old Michael Bradley sees a beautiful sad Mexican girl in a Chicago brothel storefront window. he can't get her out of his mind. He returns the next day, but she's not there, and the brothel has shut down. That very same day an unknowable force leads Reverend Robert Peterson to go to that area of town. He's moved when he sees the sad-looking girl in the shabby storefront. He and his wife come to the rescue of Carlotta Rivera.

Attorney Michael Bradley is in the hospital after a fall on an icy pavement. He can't believe that his attending nurse is that girl he saw ten years before, Carlotta Rivera. What happiness! Michael yearns to express his long-held feelings for Carlotta, but he can't bring himself to do so. Also, he has to deal with his physician half-brother Duc Le and Ben Peterson, son of Reverend Peterson, who are interested in her. How does Michael respond to a Calling to go into the ministry? 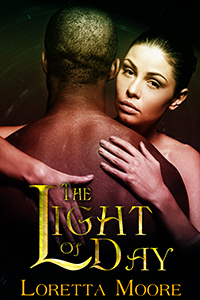 The Light of Day

“This is a long, long ride, Uncle Juan. I never even imagined any place could be so far away,” Carlotta Rivera said. She filled her mind with happy ideas about going to the United States of America and living in Chicago. Although she was tired from being on the road for two days since leaving her little Mexican village, her thoughts flowed with prospects and excitement.

Her uncle, Juan Rivera, sat in the seat beside her in his brand new 1990 Chevrolet. “Yes, it’s a long way there, but it shouldn’t be too much further,” he replied, seeming uninterested in conversation.

His sudden indifference caused her to wonder what had happened to make him change so drastically. He seemed far different from the robust, likeable man who’d lit up her family’s household. It wasn’t just the sudden silence, either. Something tinged the ride, making her a little uneasy. The way he slid his eyes over toward her from time to time was what bothered her.

Her thoughts drifted back to when he’d come to visit.

“Look at all of the mouths you have to feed. You work like slaves, and still you have nothing,” he’d said to his brother Jose and his wife, Elena—Carlotta’s mom and dad.

Carlotta remembered how everyone’s spirits had dropped when he said that.

Carlotta and others in her village had seen their relatives take off for America, seeking a better life. Manuel, a good friend of her brother’s was one of those people. She and Manuel were practically the same age. Throughout their childhood, he’d had a crush on her. Manuel likes you, Carlotta, her brother would say. She’d just deny his remarks, shaking her head. Nonetheless, she’d noticed certain things and knew what her brother said was true. Whenever he’d visited their home, which was often, she was aware the entire time she was present that Manual focused his eyes on her. Regrettably, Manuel had died in an accident with a group of villagers headed for America. The bus had fallen into a river as it crossed a bridge, drowning everyone on board.

“For years, I’ve been thinking about my family, wondering if there was a way I could help make their lives better.” Juan’s pitch had sounded better than a used car salesman’s. “Carlotta’s eighteen,” he continued. “She could help the situation. She could come with me and have a great job working for an American family and make good money. I can guarantee you the kind of money she can send back will lift you up like you wouldn’t believe. You can also rest assured that she’s in good hands.”

Throughout the journey, as happy and joyous as she was, recalling her family as she was departing dampened the experience. They’d had smiling faces, but she could tell that pride was intermingled with sadness, so thinking about the family she loved, her feelings weren’t confined to joy and expectation. Her heart overflowed, though, thinking about all the ways she’d be able to help her family and herself.

In addition, she was on an adventure, and her mind was spinning with aspiration and hope for the new episode unfolding before her eyes. As she watched from the passenger window, life seemed filled with inspiration and passion as the landscape quietly rolled by over immense stretches of fields, tracts of green forests and isolated countryside. Oh, and the havens those quaint little houses formed made life appear to course contentedly over the dwellers inside. When darkness overtook the scene, she fell asleep to the car’s rhythm, challenging the long, dark highway, thinking about the destiny that was to claim her.

Don’t tell me this is where Uncle Juan wants me to live. This place looks horrible! It looks worse than where I came from! Her hopes fell as she looked out the car window at the dismal scary-looking surroundings. They’d entered a section of Chicago so dilapidated, it had the appearance of defeat, as if it had been sapped of all of life’s energy. Why did he bring me here? She shivered with the feeling she was headed toward something bad. Her concern deepened when they arrived at a street more miserable than the ones she’d seen, with rundown buildings—most of them storefronts. What? Am I expected to live here? He pulled up and stopped at a wretched little dusty dry cleaning business. After days traveling, finally they’d arrived. The two got out of the car and entered the uninviting building.