~All song lyrics in this story are from the CD, Weathervanes, by Steven Howell~

If I knew then, what I know now I’d like to think I’d choose a different way to go But, my mistakes have paved the way Down this dark and lonely, dead-end road

Poised on a stool in a corner of yet another bar, in front of a crowd of maybe fifty, the harmonies he played reached out to those around him. The rhythms in his head stirred his heart. For a man of magic, a sorcerer with powers he had never asked for, his musical talents were sung spells. They were his weapon of defense against loneliness, bringing people to him like a siren’s song. Yet, for the most part, he let his music haunt the deeper needs of those who listened—letting musical phrasings stir wants unnamed or purposely forgotten. Although he felt but a living and breathing jukebox, these strangers who came to see him play were the only lives he could touch. He reached out to them with his songs.

That is until one night one of Adam’s songs lures him back toward his hometown, and he calls out for Stacey, the one he was forced to leave behind all those years ago. Only this time she wants answers as to why he left, and maybe a bit of revenge for the heart he destroyed. I wrote The Sorcerer’s Songs using my husband's song lyrics to create the plot. It was a lot of fun to write, and a great writing exercise! I think I was so inspired by his music that the story practically wrote itself. Click Here to listen to the song that inspired the story called "The Road" from Steven's "Weathervanes" CD. I am just so excited, and so grateful to my husband, Steven Howell, for letting me use his music! 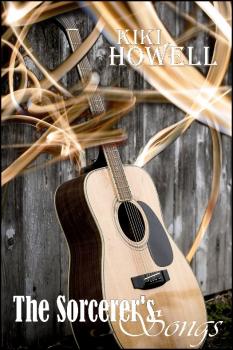 The Sorcerer’s Songs is a tender paranormal romance I thoroughly enjoyed. It is a tale of magic, first love, heartbreak, forgiveness and redemption…Ms. Howell’s novella still sang to me. It will to you too. - Justine, Reviews at Ebook Addict

There’s a weathervane, on the barn, on the farm, that I grew up on
And its frozen, stuck in time, just like the lines of the corn and silo
I don’t know how I got so far from there, ain’t it just my way
I put my trust in rusted weathervanes

The words poured out of him, his mind stuck on home all of the sudden, a place he had day to day, year after year consciously put from his mind. He had always refused to broad over it. That was not his way. But, this time, the song was writing itself, despite his feeble protests.
While his fingers flew over the strings, his melody was like a gust of wind carrying his mind home. He plucked at the chords letting them vibrate through him awakening a new measure of feelings. As the image of the rolling green hill with a worn white-washed house sitting on top of it gave way to the valley where the barn set protectively nestled, his notes slide down the octave like the last bellows of a dying breeze.

There’s a woman, on my mind, from time to time, and I remember
When she told me in the moonlight, we’d be alright, and I believed her
I don’t know how we got so far from there, when we let love lead the way
Like so many rusted weathervanes

Each intonation was leading him back to a place he knew he was better off staying away from. However, by the end of the first cadence, Stacey’s memory coaxed him to remember everything about her. Her smell struck a high pitch, her kiss a deeper one, until he thought he had conjured up the smell of her, all sweet vanilla and hay, laying beside him in the barn with her hand in his. His hands plowed through the strings giving each weighted tone a fevered sound to resonate from it.
Back then, with his invincible sight of youth, he had seen them as a perfect match of two ready to conquer their part of the world together. He had imagined her to one day be his first, although it was never to be.

Maybe its true, only Heaven knows whatever way the wind is going to blow
There’s a stranger, in my mirror, its becoming clearer as I approach him
And there’s wonder in his eyes, I recognize, though I’d forgotten
I don’t know how I got so far away
There’s no denying day turns to day
In spite of those rusted weathervanes