College student, Kyle Roberts, finds himself enthralled by one of his professors, Elizabeth Logan. Soon fantasies invade his waking and sleeping thoughts to the point of near insanity.

He can’t tell the difference between what is real and what is imagined, when suddenly his fantasies start to play out in vivid detail, so vivid that he is certain they are actually happening.

Then he reads about a vampire’s ability to use mind control and it all starts to fall into place; he convinces himself that his professor is a vampire temptress and he must take action to end his torment. 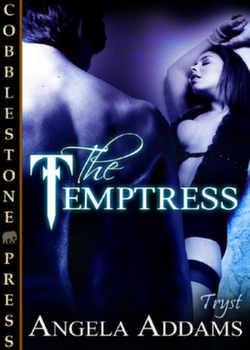 “Yep.” Kyle looked up from his timetable, a bored expression etched on his face.

With a slight nod, the grad student at the front of the auditorium continued roll call. Kyle watched him with impatience. It was Friday night, the first Friday of his first year in college, and he was stuck in this course. One course that filled a requirement: Vampire Lore in Literature—the only one that had looked remotely interesting when he was filling out his selection sheet.

Yeah, you moron, but you forgot to check the time. Friday, between seven and nine o'clock in the evening. He wanted to party, and here he was stuck in some boring class with a bunch of boring vampire wannabes. He scanned the massive lecture hall. It wasn’t full, by any means, but there were enough people in attendance for Kyle to be awestruck considering his average high school class a few years back had topped out at thirty. The lecture hall had to hold at least two hundred.

Yeah, two hundred red-lipped, black clad vampire lovers. He craned his neck to look behind him. Nope, not one attractive or normal looking girl in the place.

“Fuck,” he muttered as he tapped his pen against his notepad and turned to face forward. He only hoped the course wouldn't turn out to be some lame Twilight love-fest.

“Hey, dude,” a familiar voice boomed. A huge hand slammed down on his shoulder.

Kyle looked up in surprise to see his roommate, Bobby, hunker down in the vacant seat next to him. “What are you doing here?”

Bobby shrugged and blew on his steaming coffee. “Same as you. Lit 101. Need it. Vamps are cool.” He took a sip. “Plus, I heard the prof is really fucking hot.”

"Who cares?" Bobby scanned the room and cracked a wide smile. “I heard vampire wannabes are pretty wild in bed.”

Kyle laughed. “Yeah, if you don’t mind your dick being sucked and drained.”

The room had grown deathly silent, and Kyle’s words echoed loudly. He jerked his eyes to the front of the lecture hall where a tall, impossibly gorgeous women stood watching him intently, her dark eyes boring into him. His face grew hot under her stare.

He sank down further in his seat, growing more uncomfortable by the minute, his eyes still riveted to hers. He just couldn’t look away. And he couldn’t help the semi-erection tenting his pants.

She pulled her lips into a tight smile and nodded in his direction, then swept her eyes over the rest of the bodies in the lecture hall. Kyle sighed when her stare left him, discreetly rubbing his cock as he pushed himself up in his seat.

Bobby nudged his elbow. “I told you, man.” He pointed at the professor. “She's fucking hot.”

“My name is Professor Elizabeth Logan, and you have signed up for Vampire Lore in Literature. Now, I know some of you may have taken this course because it fills a graduation requirement.” She nailed Kyle with her eyes once again before slowly sweeping them over the crowd. “But I assure you it's not going to be an easy course. Vampire literature requires an analytical approach. It offers us a glimpse into the vulnerabilities of the times. Society’s fears, wants, and desires during the time in which the literature was written. It will require your respect and your close attention. Most importantly, it is a literature studies course, so be prepared to read a lot. So, please, if you think this is going to be an easy ride, then I suggest you seek out a counselor and find another course to fill your literature requirement.”

“Great,” Kyle muttered, “more work.” His other instructors had already piled on the reading. He had hoped this one would provide some relief from his work load.

Bobby grunted and motioned toward the professor. “It’s worth it if I can look at her for a couple of hours every Friday night.”

Kyle shrugged his indifference even though Bobby’s words rang true. The woman was a walking wet dream, and he couldn’t keep his mind from wandering as his eyes greedily raked her body. He could only imagine what she would look like naked, with that dark hair cascading over her pale shoulders to tickle the tips of her hard nipples as she crawled toward him, ready to do unspeakable things. Things he could only dream of happening.

He licked his lips, suddenly wishing he had thought to bring a bottle of water to class or pick up a cup of coffee as Bobby had.

With a quick glance around, he realized everyone else was frantically scribbling away on their note pads or tick, tick, ticking on their laptops. He looked down at his own pad of paper and sighed at the lone doodle that stared back up at him.

Shit, this is going to be a long night. 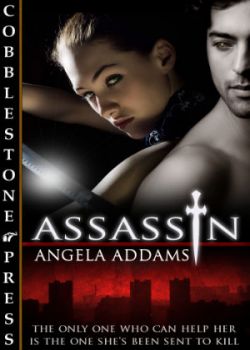