Dr. Cora Lee "Curly" Jones is a top Relativistic Astrophysicist and is working on an artificial wormhole. When the experiment goes awry, she is sucked into the wormhole and ends up in an alternate universe where magic works. In order to survive, and maybe to get home, she is forced to change from Scientist to Sorceress, a practitioner of magic, and to go on a quest for the Ultimate Magick, accompanied only by her faithful but dumb companion Noroth. In this quest she is challenged by the evil Sorcerer Vexin and his ally, the equally evil Prince Garamond. 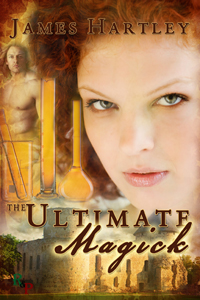