Maud goes into an isolated village to look for her missing sister. Dina. Who was there researching on the missing tourists. She meets up with the last person who saw her alive, Rosetta, who tells her she participated in a voodoo ritual. Maud at first doesn’t believe in that mumbo jumbo but decides to go and see what her sister saw last before disappearing. What happens in that ceremony will change her life forever. Will she find her sister and the missing tourists? 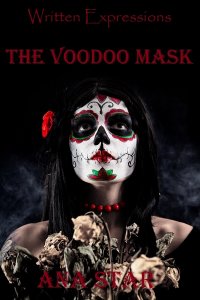 Maud Shiffer was driving her green beetle to a small town village in the middle of nowhere. Her sister, Dina, went there to report on the tourists that were missing but mysteriously disappeared herself. Maud contacted the camera crew who had accompanied her sister but they did not know what happened. She also contacted the police who informed her that they had searched everywhere and couldn’t find Dina.
Maud’s insides were shaking and she decided to go there and investigate. She managed to convince Dina’s co-workers to stay in the village and wait for her. As she drove an endless paved road, she remembered the last time she saw her sister.
* * * *
Maud sat in a large swing chair on her parent’s backyard balcony. She watched Dina walking toward her with two cups of hot coffee. Taller than Maud, Dina had to duck a bit as she passed the patio door. She was dressed in her work grey suit with skirt and her long brown hair flowed freely in the wind. Smiling, Dina handed over one of the cups and said, “Here you go.”
“I can’t believe you’re going to the middle of nowhere just for a story,” Maud said after taking a sip of her coffee. She pushed a strand of short brown hair behind her ear.
Dina sat next to her sister. “It’s a big story. Many tourists disappeared there. And I’m talking more than one or two. At least fifteen. It’s all the same story, they went into a forest and just vanished. Police have no clues, nothing to indicate what happened.”
“So why would you want to go there? What if you disappear too?...