The Way to Will (MM)

Just before rushing off to catch his plane home after a two-week bus tour of Florida, Will Thompson tells Graham Knight that he loves him.

Stunned, not least because before meeting Will he thought himself straight, Graham watches Will leave. Realising he feels the same way, Graham has to journey across the US to tell Will he loves him, too. But with little money and travelling in a strange country, the way to Will is not an easy one.

The Way to Will (MM)

Oh! My! God! I must have stood there, mouth opening and closing like a goldfish for a couple of minutes as Will’s statement sank into my thick head. Will loved me! William Thomson loved me! But why had he waited till now to tell me? Why did he say it just before running off to catch his plane?

I’d won a two-week coach tour of Florida by entering a competition on the back of a tin of fruit. Will had bought his own ticket. Only the dozy travel company had over-booked, double-booked or whatever on their hotel rooms and so Will hadn’t had anywhere to sleep. There was a spare bed in each of my rooms during the tour. The prize had been for two people, but not long before the holiday was due to start my bitch of a girlfriend, broke up with me. I’d decided to go to America on my own. So I’d offered Will the spare beds. Only one thing had lead to another, and by the time the holiday was over I’d realised I was gay, and me and Will had become close. So much so he’d just told me that he loved me. Oh, heck, what should I do?

“Is everything all right, sir?” an airport guard came up and asked me.

“Would you either go through the line or move aside, please?”

I realised I was blocking other people from going through the barrier.

It all suddenly got too much. The noise, the bustling people, Will’s comments. I had to find a seat and sit down. So I picked up my airline bag and found a bench. “Shit, what do I do?” I rubbed at my face. I still couldn’t get my head round what Will had said. He loves me. Me, Graham Knight was loved by another bloke. Oh God, I was sure I was gonna wake up in a minute. I got back to asking myself why Will had waited till now to tell me. Then it hit me. He was afraid at what I’d say. When someone tells you they love you, it’s kinda expected that you tell ‘em that you love ‘em back. That’s what I’d done with the bitch, Amy, She’d tell me she loved me, usually after I’d bought her something she’d been nagging me to get her. And I’d just say something lame like ‘I love you, too.’ Back at her. Though I don’t think now I ever really meant it. Not like I did with Will.

Shit! yeah, if Will had hung around for a reply, I’d have said that I loved him, too and I’d have meant it. Oh, God!

Sitting there, I realised time was getting on and I’d miss my plane if I didn’t get a move on. So, like as if I were in a trance or something, I stood up and walked back to the security barrier.

“Your boarding card, sir. I need to see it.”

“Oh.” I opened the zip pocket of my bag and pulled out the pieces of paper. The guy reached for them, but I pulled away. “I, I can’t.”

I turned away from the guy, who had a puzzled expression on his face and ran hell for leather to the security point Will had gone through. But they wouldn’t let me through, ‘cause my boarding card wasn’t the right one. I tried to explain that I didn’t want to get on a bloody plane, I wanted to speak to someone who was.

I wanted to argue, but I knew it wouldn’t do any good.

I don’t know how long I wandered about the airport, not knowing what to do. I couldn’t fly back to Britain until I’d settled things with Will, but I couldn’t see Will, his plane had probably taken off by now anyway. Seeing a sign saying Traveller’s Aid, I shuffled over to the desk it pointed to. A middle aged woman who seemed to have a kind face smiled at me.

“Um, I should have got on a plane to Manchester in the UK, but I didn’t. My friend has just flown to Cleveland, and I sorta need to speak to him and ...”

I’m sure she thought I was daft. I could hardly come out and tell her the real reason I wanted to see Will.

“Yeah, but I haven’t enough money for an aeroplane ticket.”

“You could maybe cash in the one to the UK?”

That idea scared me, if Will didn’t want me, I’d be stuck, and I wasn’t sure my ticket would be worth anything anyway ‘cause I’d not got on the plane when I should have. I explained all this as best I could, though I was so worked up, I don’t know how much sense I was making.

To cut a long story short, I got my bags back from Virgin Atlantic Airways, and was told to get a taxi to the Greyhound bus station in Orlando where I could travel on one of their buses to Cleveland. I got a right bloody shock when they told me at the bus station that it would take a day and three hours to get there. 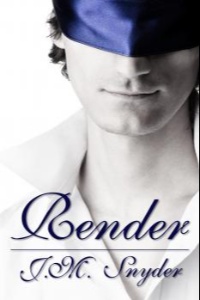