A trip to Hawaii has never been this fraught with danger.

Lucas Kent didn’t expect trouble to follow him to Honolulu. But danger, like love, is often where you least expect it. Alicia Baker is a directionless diamond heiress nursing an obsession with detective novels when a real life investigation falls in her lap. When Alicia finds out Lucas is a murder suspect, she tries to fight her growing attraction to him to solve this mystery. With the enemy hot on their trail, Lucas struggles to find his friend’s killer before the killer finds them. 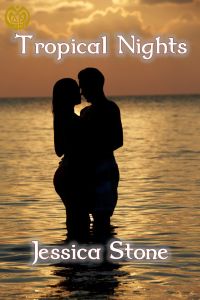 Lucas shoved his cell phone back into the bag. Even though it was far too hot to play tennis, his brother, Toby, had somehow managed to talk him into it. Something about Lucas needing to work out some tension and what better way to do so than by hashing it out on the courts. He did need to work out some tension; that much was true. After what had happened in Miami, he needed to clear his head so he could focus. But as soon as Lucas arrived, he received a message from Toby canceling the match. Typical. Lucas rummaged around in the bag for his keys. Suddenly, something slammed into the back of his head.

Lucas rubbed his head. He spun around to give the owner of the errant ball a piece of his mind, but he stopped when he saw her running toward him. She was tall, almost as tall as Lucas. A short, white tennis skirt and a red tank top was all that covered her lean, athletic body, and a sheen of sweat on her skin glowed in the afternoon sunlight. She stopped in front of him, frowning, and he noticed that a small scar sliced through her right eyebrow, making what might otherwise be a flawless face somehow more beautiful. Red earrings glittered in her ears, but what really caught his attention were her eyes, which were a brilliant brown and gold mixture like her hair. She stared at him with concern.

“I asked if you were okay?” she said again slowly, leaning closer.

Lucas frowned, embarrassed for standing there like a fool gaping at a beautiful woman. It’s not like he hadn’t known his share of beauties in Miami. This creature standing before him was probably no different than they were: self-centered and out for blood. He shook his head. “Is it too much to ask to keep the ball on your own court?” He glanced over at her empty court. “Or were you playing both sides?”

“Funny, though I guess I am playing alone now. Sorry about that.” She arched an eyebrow at him. “Looks like you are too?”

“I was just leaving.” Lucas grabbed his bag.

“I’m Alicia,” she said, sticking her hand out. She wasn’t going to give him a chance to escape.

Lucas stared at her for a moment. He didn't know what her agenda might be, but he had time for a match and wiping that pretty little smile off her face might be fun. “Okay, fine.” He shook her hand. “I’m Lucas. Think you can keep the ball inside the court?”

Alicia held up her hand to indicate a break. She'd been ready to leave earlier when her student sent that ball hurling toward Lucas as he’d left the court. She almost felt bad about it until he opened his mouth. She knew his type: tall, dark, and conceited. Just like the boys back in prep school. Sauntering over to the bench, she repressed a smile. She had let him win a couple of sets by a convincing margin and she was going to milk this for all it was worth. She'd enjoy teaching him a lesson.

Lucas jogged over to her as she took a long sip from her water bottle. “Tired already?” He swiped at his damp forehead with the back of his hand.

“No, just hot and a little thirsty.”

He grabbed his water and leaned against the chain link fence. “You know, you can quit now if you want. I’ll understand.”

“You’d just love that, wouldn’t you?” Alicia wound her long ponytail into a bun and splashed some water on her neck.

“Come on, now. I’m trying to win gracefully here. I wouldn't want to embarrass you.”

“Your concern is touching, but why don’t you put your money where your mouth is?”

“Oh, come on. I was kidding,” he said, but she could see that he wasn’t. “Besides, I wouldn’t feel comfortable taking your money.”

“How about twenty bucks?” he asked.

“Make it fifty, and you have yourself a deal.”

Lucas whistled. “You’re not fooling around. Fine. Fifty it is. I could use a nice dinner tonight.”

She smiled and shook his hand. No, I could use a nice dinner tonight.

Alicia tapped her racket twice on the ground. If she got this point the match would be over and she’d win. She tossed the ball into the air and hit it hard. Lucas lunged to the left corner of the court and swung as the ball flew past his racket. It landed just inside the foul line and bounced out.

She raised her racket in the air and grinned. “That’s game!” she said, jogging over to the side of the court. “I believe that you have something for me.”

He stormed toward her. “What the hell was that?”

“What?” She smiled and tilted her head innocently.

“You were holding out on me!”

“Oh, please. We made a friendly bet. Or are you trying to weasel your way out of that now?”

“Unbelievable!” He grabbed his bag.

She rolled her eyes. “I should have known that your fragile ego would be bruised by losing to a girl.”

“My ego? What about your ego? Who hustles tennis? Don’t you have anything better to do?” Lucas took some money out of his wallet and thrust it at her. Alicia grabbed it, but he didn’t let go. He pulled her close to him, so close she could feel the heat of his breath. A shiver raced down her spine as he held her gaze.

“I wouldn’t have taken your money,” he growled. “It would have been unfair.”

She snatched the money out of his hand and spun around. “Liar.”

“Interesting choice of words,” he muttered before turning and walking in the opposite direction.